Homemade Grenadine Syrup is an easy way to elevate your cocktails. Making Tequila Sunrises and Shirley Temples at home has never been so delicious! 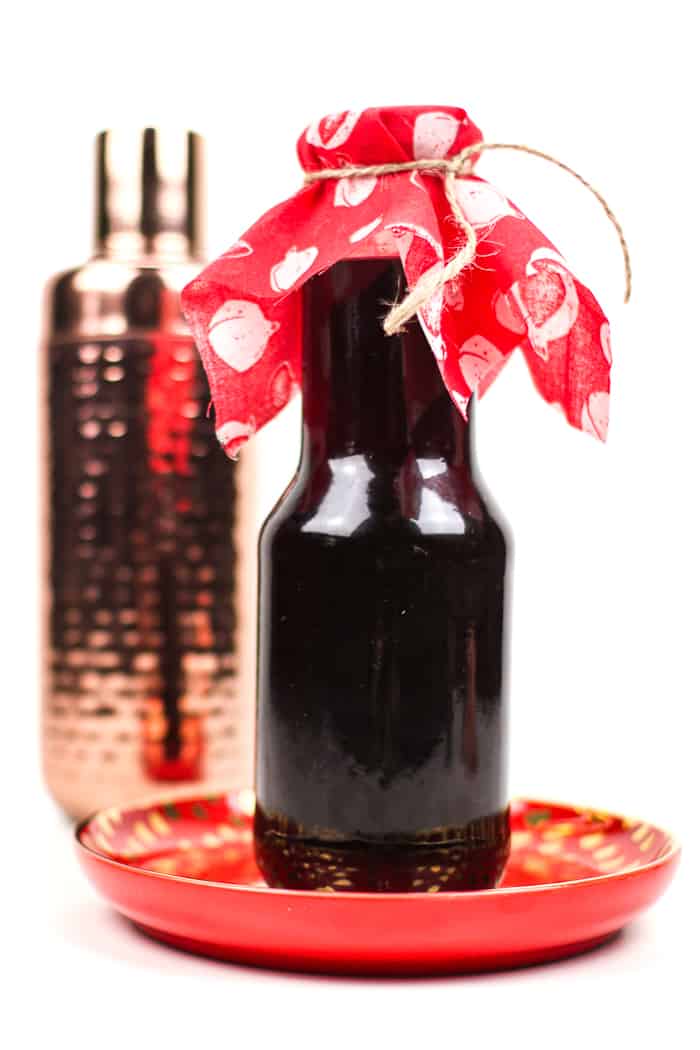 There is something about neon-colored cocktails that I just cannot handle anymore.

Those bright lime green sour mixes, those vivid blue liqueurs, hot pink juices… They’re something I enjoyed in a past life, but I’ll pass now, please.

Grenadine syrup falls into that category too. 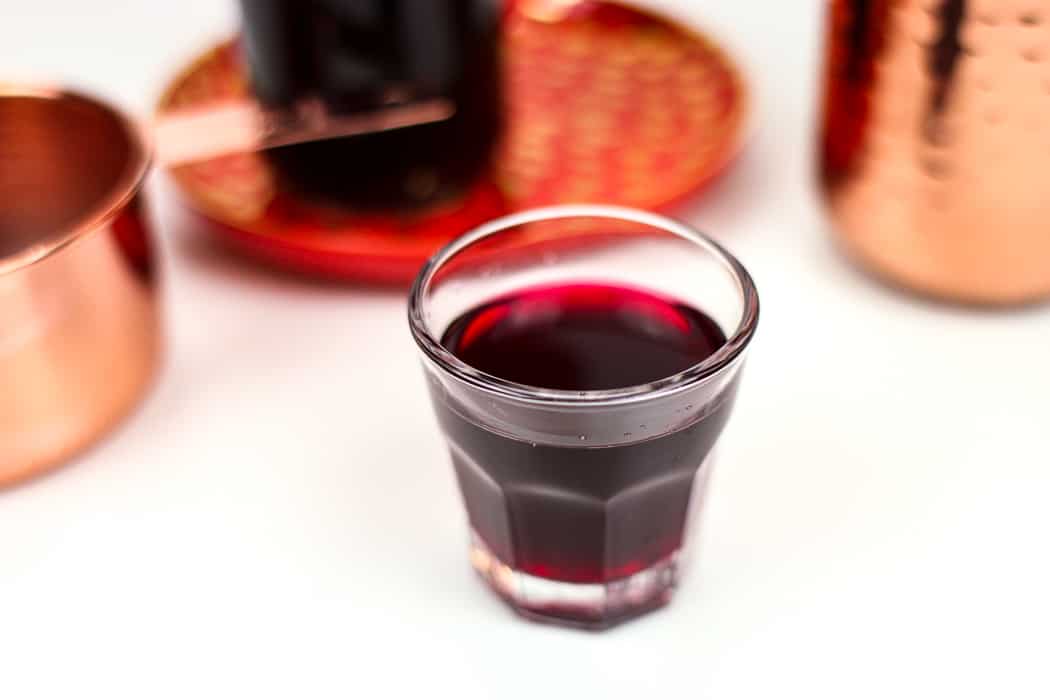 What is grenadine syrup?

Grenadine syrup is a common, non-alcoholic cocktail mixer made of pomegranate juice. It’s sweet and tart in flavor.

It’s commonly confused with cherry syrup, probably because of its bright red color, but it is not the same as what maraschino cherries and cocktail cherries are soaked in. 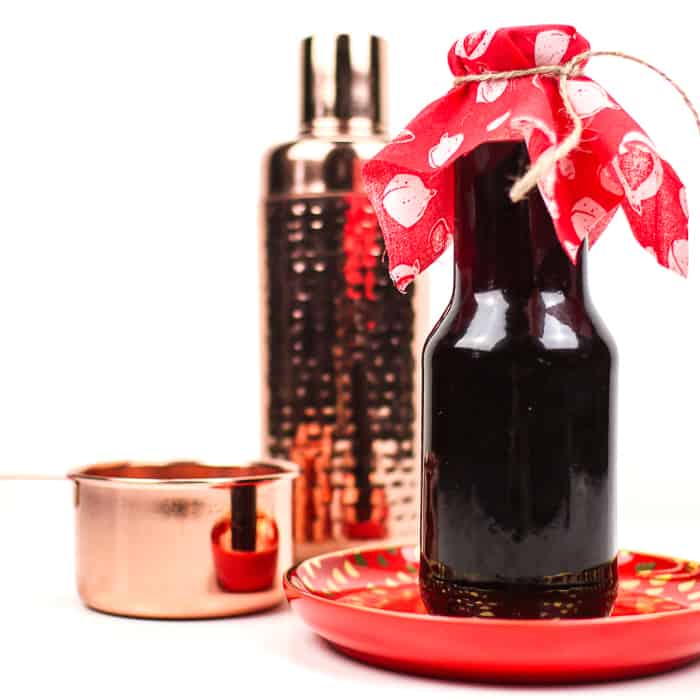 What are common grenadine uses?

Grenadine makes an appearance in lots of cocktails and beverage, and even desserts. The Shirley Temple is probably one of the most famous.

The Gin Daisy and Pink Lady are two more lesser known but just as classic cocktails that are not to be missed. 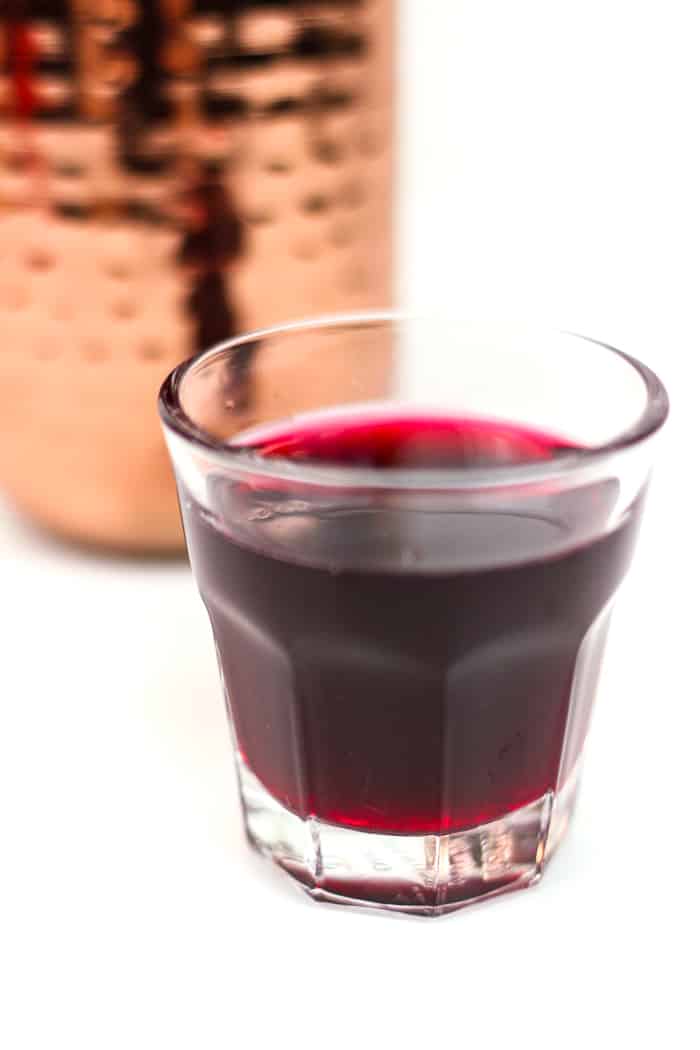 Generally, I try to stay away from store-bought grenadine. It’s the same kind you get in bars, and honestly, the commercial stuff has always been too saccharine sweet and brightly colored for my taste.

But when I realized I could make it at home with nothing more than pomegranate juice, sugar and lemon, that changed everything for me.

It’s just as easy as making my homemade simple syrup! 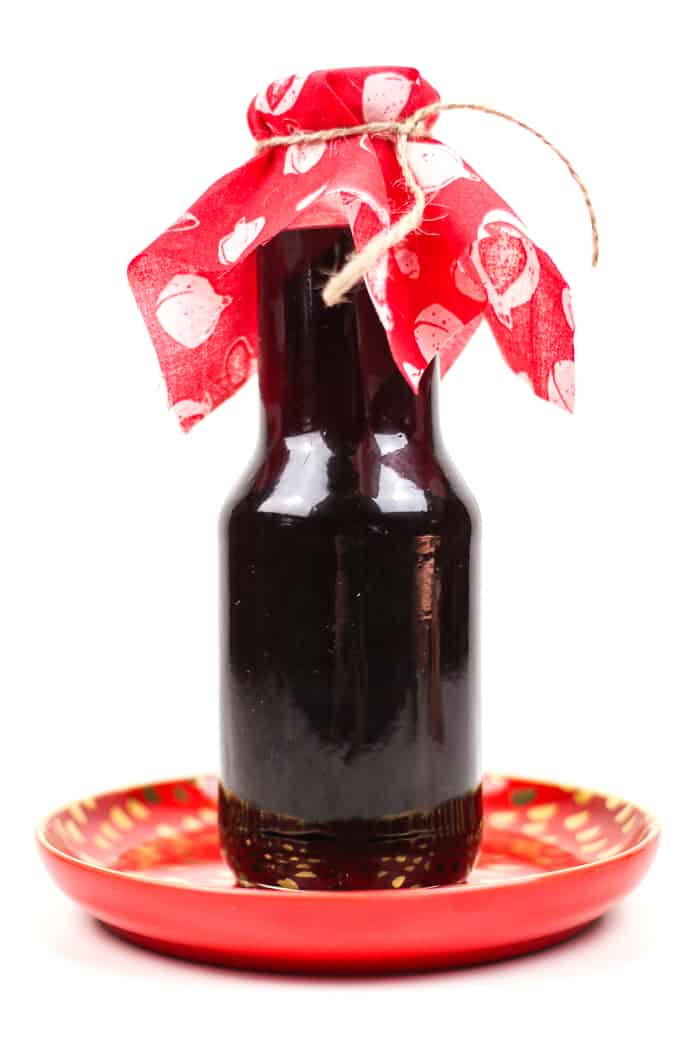 Before I discovered homemade grenadine syrup, it had been a long, long time since I’d had a Shirley Temple or a Tequila Sunrise.

The color is a lot darker, but it tastes even better than the sickly red dyed stuff. Trust me!

If you hate the bright colored stuff like me, or if you’ve ever wanted to try making your own cocktail ingredients from scratch, this homemade grenadine syrup is definitely something to try.