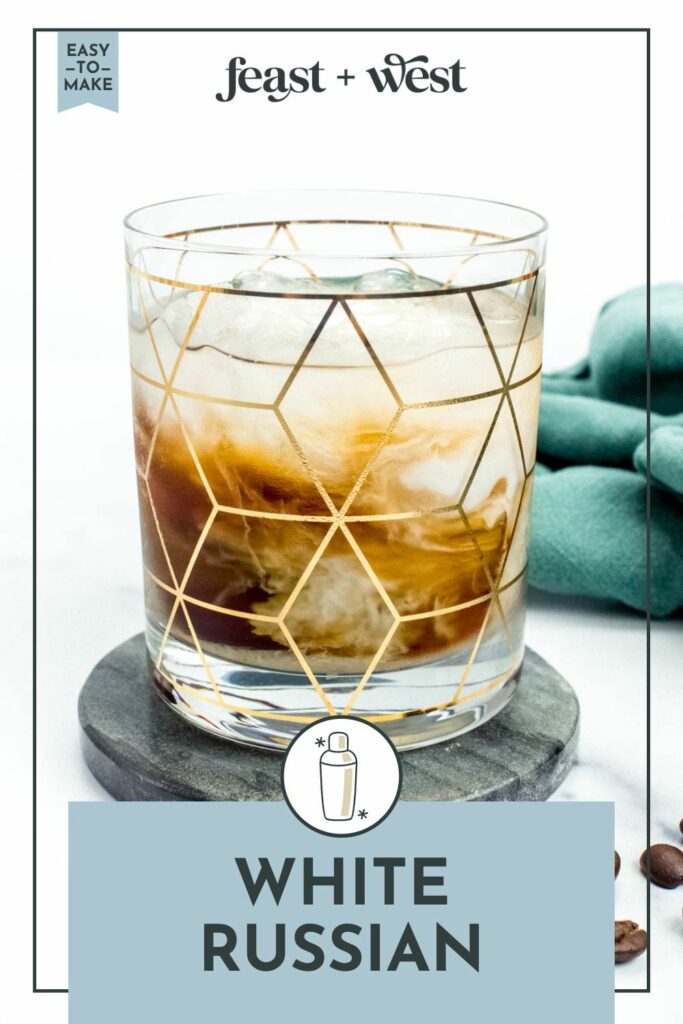 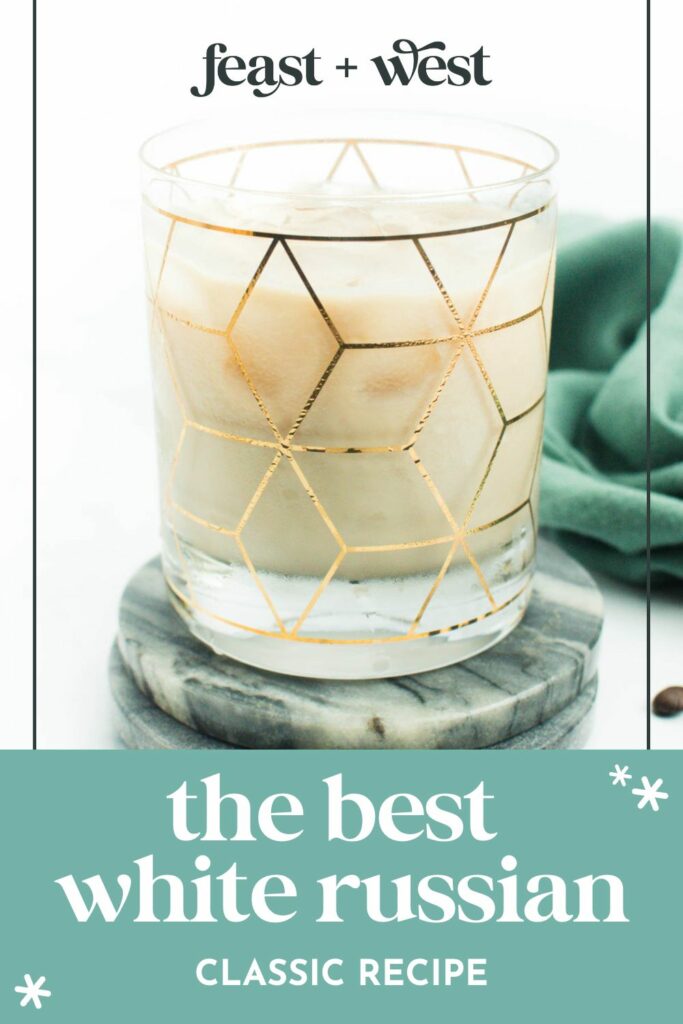 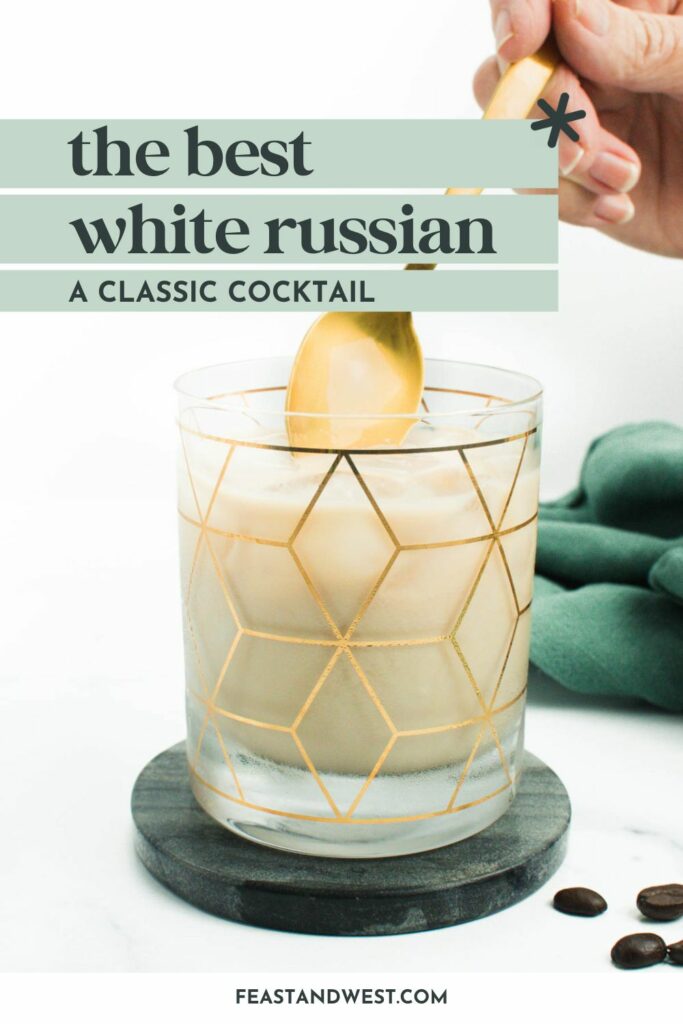 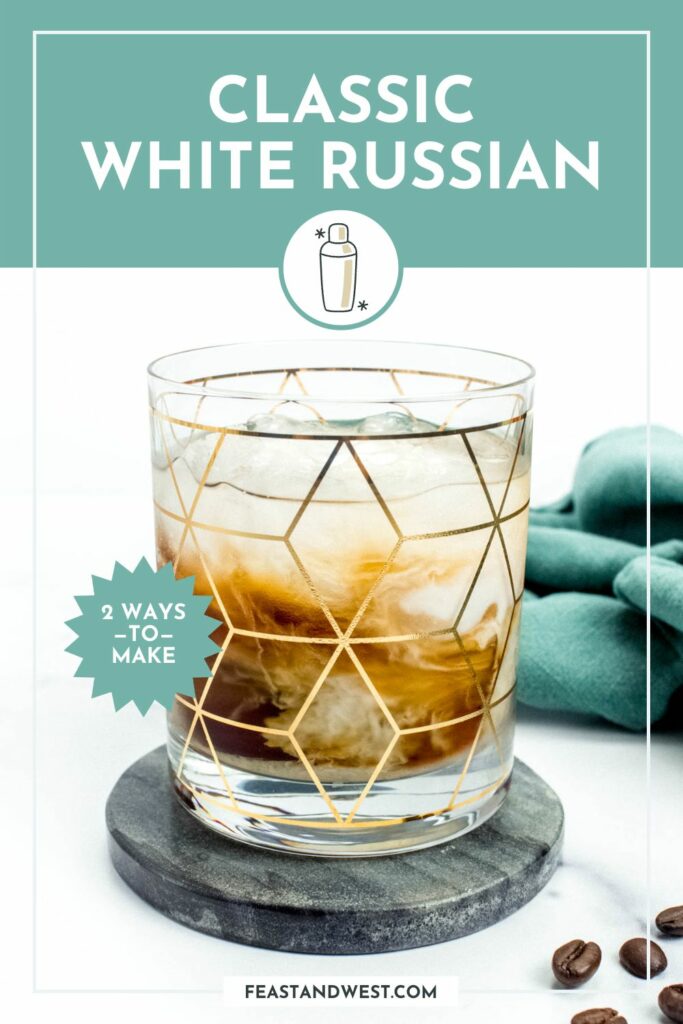 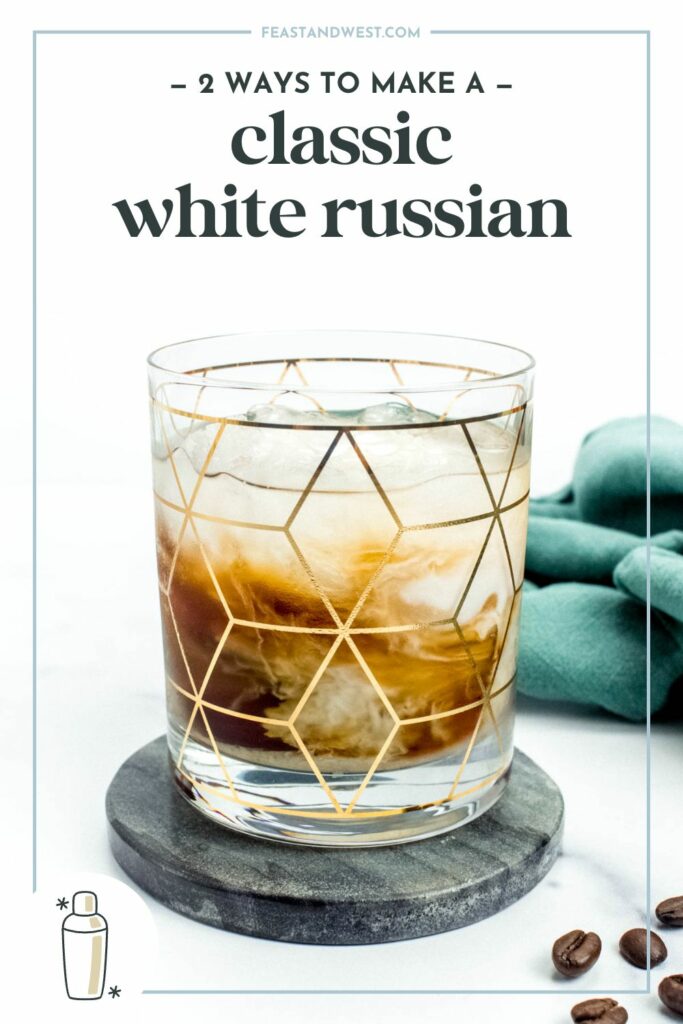 A creamy coffee cocktail, the White Russian is a classic cocktail worth knowing. Made with vodka, coffee liqueur and cream, this after-dinner drink packs a serious punch. Learn its history, how to make it and how to customize it.

After-dinner drinks are seriously underrated. From the elegant Brandy Alexander to a warm Irish Coffee, wouldn’t it be great if more restaurants offered dessert cocktails?

One of the best out there is the White Russian. It’s a boozy, creamy coffee-flavored cocktail. It’s a great drink for happy hour or to enjoy as a nightcap.

Most people know it from its co-starring role in the movie The Big Lebowski, in which Jeff Bridges’ character “The Dude” downs White Russians throughout the film.

Why you’ll love this recipe

So what is it and how do you make this cocktail? Let’s dive right in!

What is a White Russian?

The classic White Russian cocktail is made with coffee liqueur, vodka and heavy cream. Creamy and sweet, it can pack quite a punch thanks to the two types of booze.

The White Russian is not actually from Russia. Like the Moscow Mule, which is also vodka-based, the moniker simply comes from the fact that it’s made with vodka. However, vodka is made in many countries these days.

In fact, the Black Russian — the White Russian’s predecessor — was created in the 1940s by a Belgian bartender named Gustave Tops the Hotel Metropole in Brussels. He designed it in honor of the American ambassador to Luxembourg, Perle Mesta.

History of the White Russian

The history of this classic drink doesn’t go back very far. In the 1930s, a recipe for “The Russian” was made with equal parts gin, vodka and crème de cacao. According to Liquor.com, a variation called for the addition of dairy.

Then the 1961 edition of the “Diner’s Club Drink Book” included a recipe for the Black Russian, which is made with vodka and coffee liqueur. A footnote suggested adding cream to the drink would create a variation called the White Russian.

The drink faded in and out of popularity after that, gaining popularity again in the 1990s thanks to the movie The Big Lebowski. The White Russian is the drink of choice of the main character, The Dude, which helped to spark interest in this creamy cocktail.

Ingredients: What’s in a White Russian?

However, it has many customizations, such as mixing in flavored vodka, other sweet liqueurs, simple syrups and flavored milk. It can even be made non-alcoholic!

We’ll get more into those in the section below, called Variations and Substitutions, but for now here’s what you need to make a basic White Russian.

Use the best vodka you can afford! My go-to brands right now are Tito’s, Deep Eddy, Reyka and Absolut.

A cheap vodka will taste cheap and stand out in your drink — and not in a great way — so stick to the $15-20 range if you can!

If you’d like to know more about vodka, dive into my Vodka 101 crash course.

The strong coffee flavor of the White Russian is all thanks to the coffee liqueur. Kahlua and Tia Maria are two of the most well-known brands for coffee liqueur out there.

If you’re up for it, making homemade coffee liqueur is worth it. You can make it with your favorite coffee beans and vodka. It makes a great gift for the White Russian lover in your life!

Fresh cream is the classic choice for this cocktail, but you can choose what you like. I typically use half-and-half but you can go thicker or thinner if you like.

Also called whipping cream, heavy cream would give your White Russian a thick texture, whereas whole milk or even 2% milk would make it a bit thinner. I wouldn’t go thinner than that — skim milk would be too thin.

You’ll need to add it to your cocktail shaker (if you’re using it) as well as your glass, which will chill the cocktail as you shake it.

How to make a White Russian (Two Ways)

You can put together this classic drink in just a few easy steps, but there are two ways you can mix it up: shaking or building.

Shaking your White Russian is the best way to mix up your cocktail because it makes your cocktail thick, creamy and frothy as the cream gets slightly whipped.

The other way is to “build” your cocktail, by pouring each ingredient into the glass. This is great if you don’t have a cocktail shaker or simply don’t feel like getting it out. (To be honest, this is what I do 90% of the time!)

Either way will work perfectly and just comes down to your preference.

There are also some variations from other countries, including the White Canadian, which is made with (the much less appealing) goat milk, and the White Mexican, which uses horchata instead of cream.

How to make your own White Russian combination

You can dress up this classic recipe by switching up one of the main ingredients or try one of the twists on the White Russian drink below.

Too boozy? Add another splash of cream and stir it in.

Dairy-free version: Use your favorite non-dairy substitute. I like almond milk or lactose-free milk.

Frozen White Russian: Add a scoop of vanilla ice cream on top instead of mixing the drink with ice.

Non-alcoholic White Russian: For a non-alcoholic version, use zero-proof coffee liqueur, such as Lyre’s Coffee Originale, and zero-proof vodka, such as Strykk Not Vodka.