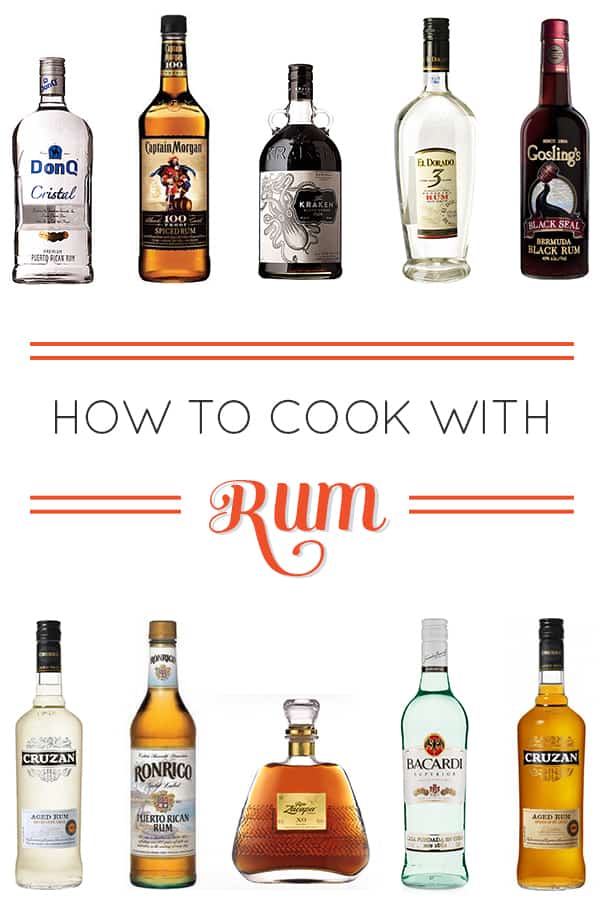 Earlier this month, I wrote about what you need to know about mixing drinks with rum. Rum is another spirit that makes an appearance in the kitchen from time to time. It’s a great for Caribbean recipes. You can also make your own vanilla extract with it, as well as delicious glazes, marinades and boozy sweets. It’s a fun one to learn how to cook with, as it can offer a big flavor boost. Keep reading to learn how to cook with rum and see some awesome food recipes you can make with it.

Hint: Next time Johnny Depp is in your kitchen wondering why the rum is gone, you can tell him it’s in the dessert.

HOW IT WORKS IN COOKING

Dark rum and spiced rum will add flavor to most recipes, but if the rum is cooked the alcohol will burn off. Because light rum is less flavorful, it won’t overpower your dish unless you add too much — then it will just taste like alcohol.

WHAT TO MAKE WITH IT

Savory dishes: Both white and dark rum can be used in glazes and marinades for meats and vegetables. Often, you’ll see it paired with fruits like pineapple for tropical dishes and Caribbean food.

Sweet dishes: You’ll often see rum used in classic dishes like Tiramisu, Bananas Foster and Rum Raisin ice cream, but it would also be great in a chocolate sauce or autumnal pie. Use a dark rum or spiced rum when baking for greater flavor.

Infusions: Make your own vanilla extract with rum. You can also change up your cocktails or any other recipe by infusing rum with other flavors. Soak herbs, fruits, vegetables, spices and even candies in rum for a few days and both the rum and the infusion will take on new flavors.

Freezing it: Alcohol has a lower freezing point than water, which means it might not freeze properly. If you’re making a frozen dessert, too much rum might kill the ice.

Cooking with it: When you cook with any alcohol, the heat makes the majority of alcohol evaporate. Depending on the cooking method and temperature, the alcohol won’t burn off entirely, but your dish won’t be as potent as drinking straight alcohol. In general, the longer you cook anything with alcohol, the more will evaporate.

I rounded up eight food recipes utilizing rum for you to try. There are sweet ones and savory ones alike. If you’re after a cocktail to pair with it, look here. You could also try any of the rum cocktails I’ve written for the blog, including: 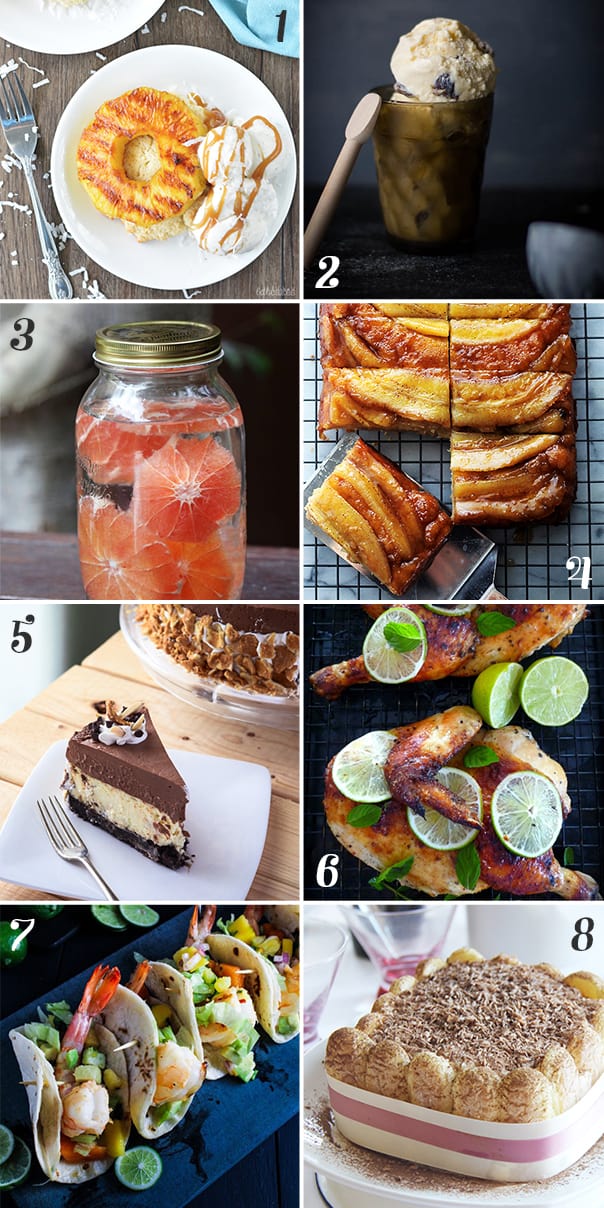 Well, June is over tomorrow (how did that happen?) so that’s it for rum recipes this month! I hope you enjoyed rum month on the blog and that you got some good ideas for how to cook with it!

I’m going to take July off from the Kindred Spirits series. Mainly because I miss making fun, creative cocktails on other themes, so expect to see more of the old Friday Night Delights this month. The Kindred Spirits will be back in August and we will discuss vermouth! Promise. // susannah