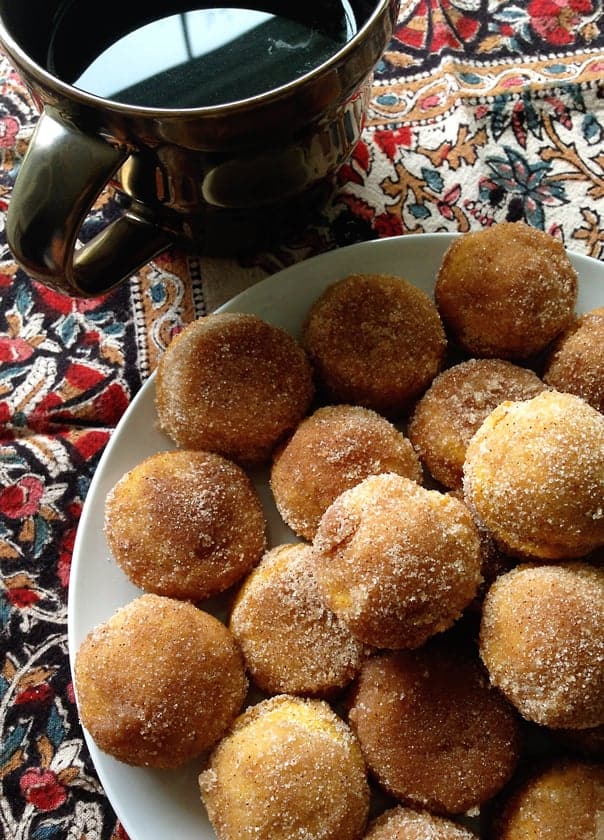 Usually in the fall, I bake up a storm. And I get way into pumpkin. Mainly, I love to make mini pumpkin bread loaves and share them with just about everyone. But that didn’t happen this year for some reason. In fact, it took me a while to bring out the pumpkin at all. But it’s here now, so don’t even worry. You won’t regret me bringing up these Pumpkin Spice Doughnut Muffins for a second. (Unless, of course, you don’t make any yourself.)

All eyes will be on Thanksgiving dinner next week, but don’t forget to plan out breakfast too, especially if you have guests spending the night. It’s always a good idea to have some breakfast recipes ready to go when you have lots of people staying over during the holidays, and these Pumpkin Spice Doughnut Muffins are a great seasonal option. You could also save some for dessert, but I highly doubt they’ll last that long. These bite-size treats will be gone in a hurry, so you might want to make a double batch! 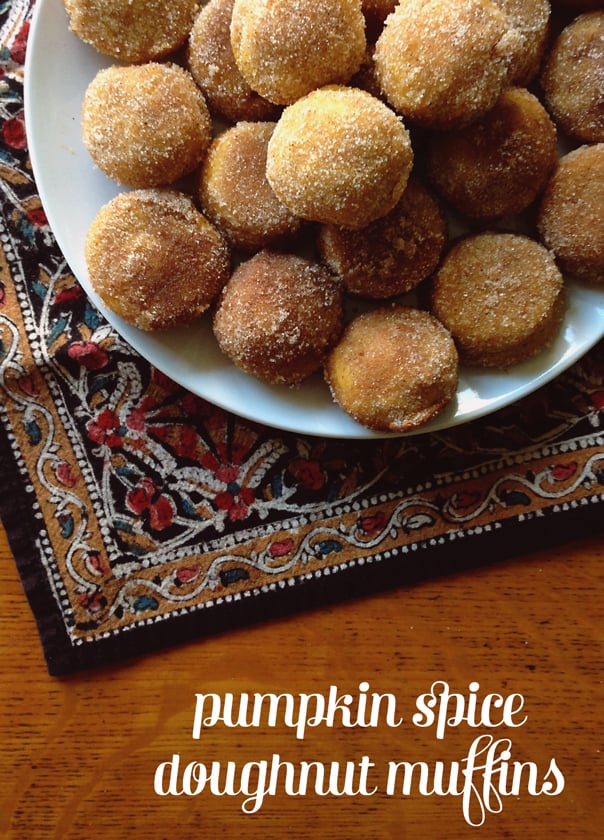 or even doughnut hole pan

, but you certainly may if you’d like. (Affiliate links used.)

I modified this recipe from the Sugar Doughnut Muffins I posted back in the spring. The powdered sugar, lemon, lavender and cinnamon-sugar doughnuts in that post would be a huge hit too if you’re feeling adventurous enough to make five kinds of doughnuts.

And if you’re feeling really adventurous, you could top them with the glaze from these Brown Butter Glazed Cinnamon Rolls (which would be another amazing addition to your holiday breakfast table, just sayin’). These Pumpkin Spice Doughnut Muffins — made with real pumpkin, not fake pumpkin flavoring — will definitely send you into a fall baking frenzy. And I’ll be right there with you. // susannah 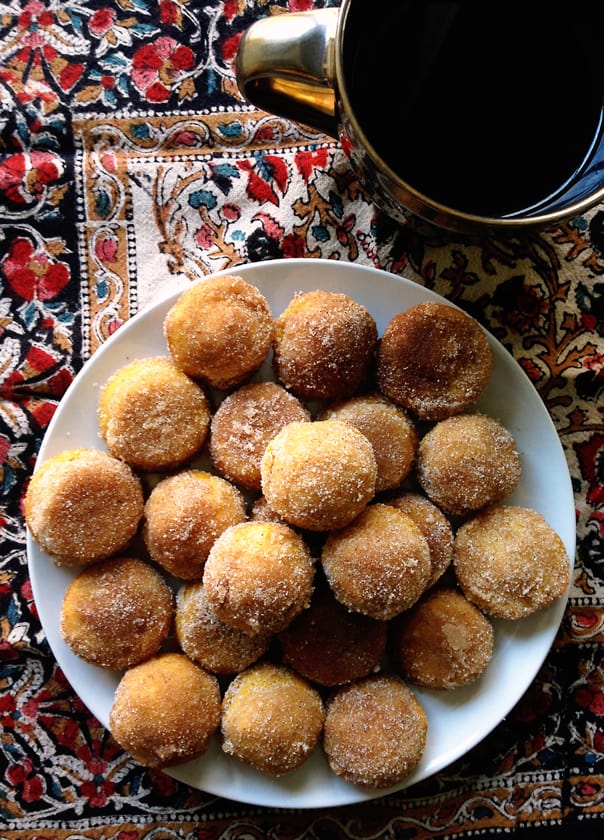 Click below to see the recipe for Pumpkin Spice Doughnut Muffins! 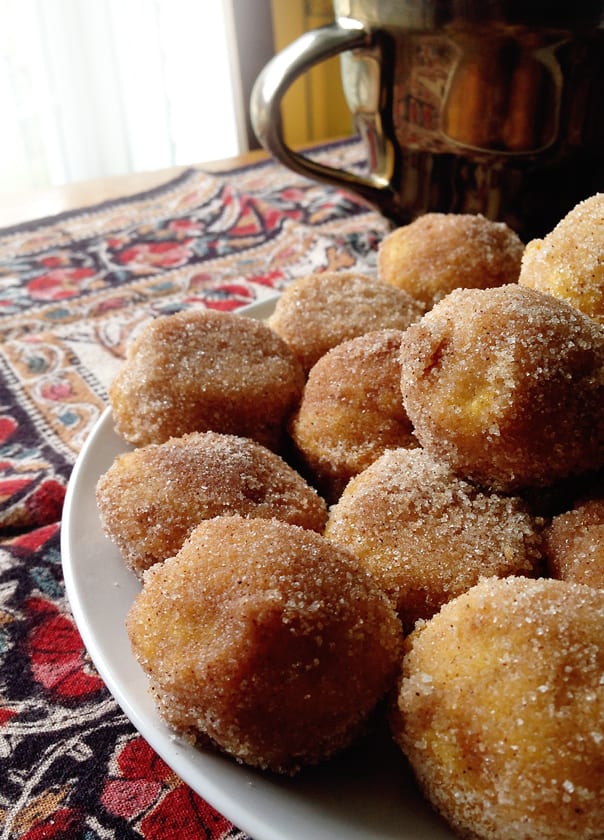 To make baking spice, combine 1/8 teaspoon each of nutmeg, mace, allspice and ground ginger with 1/4 teaspoon cinnamon. Makes 3/4 teaspoon — enough for this recipe. 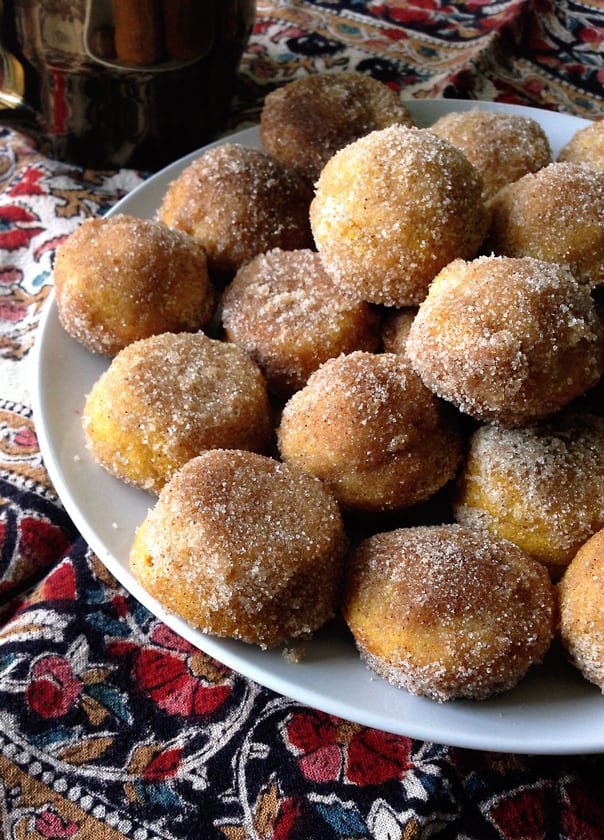