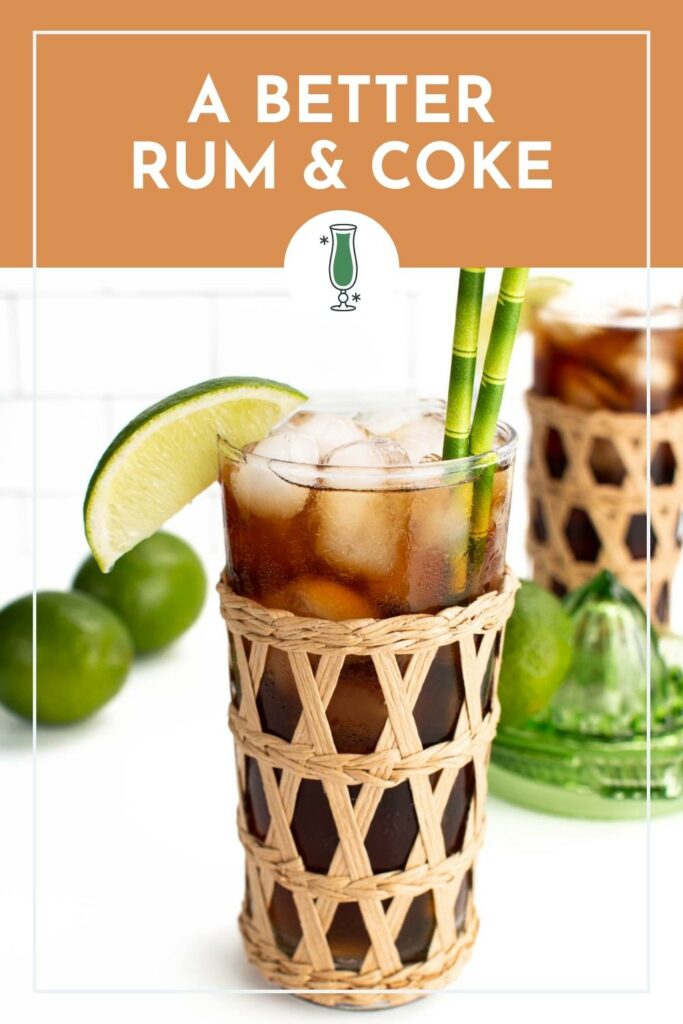 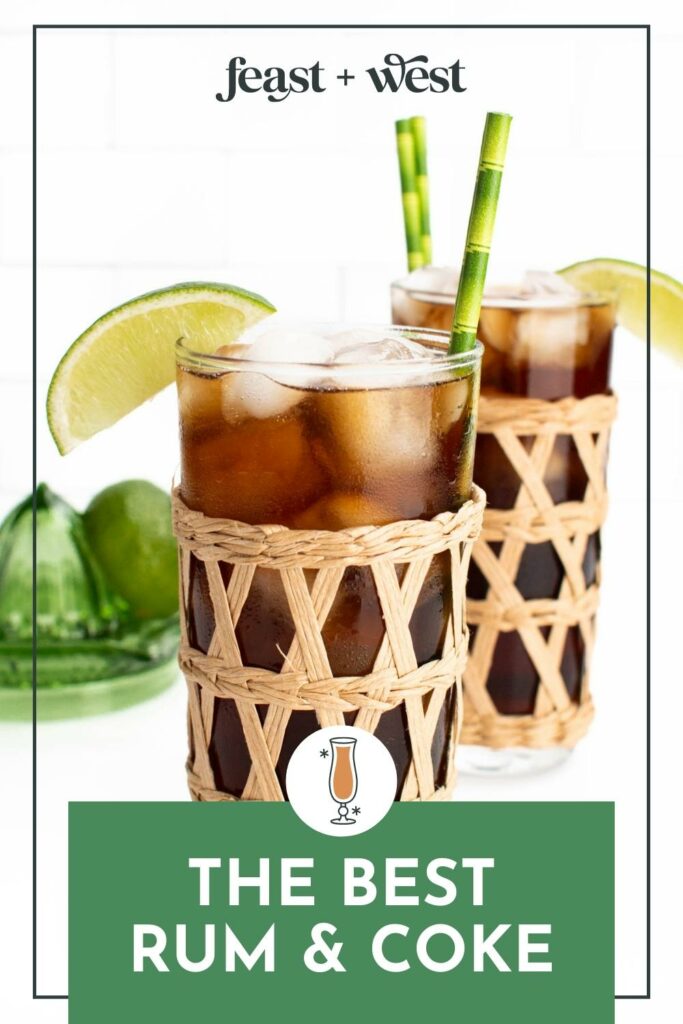 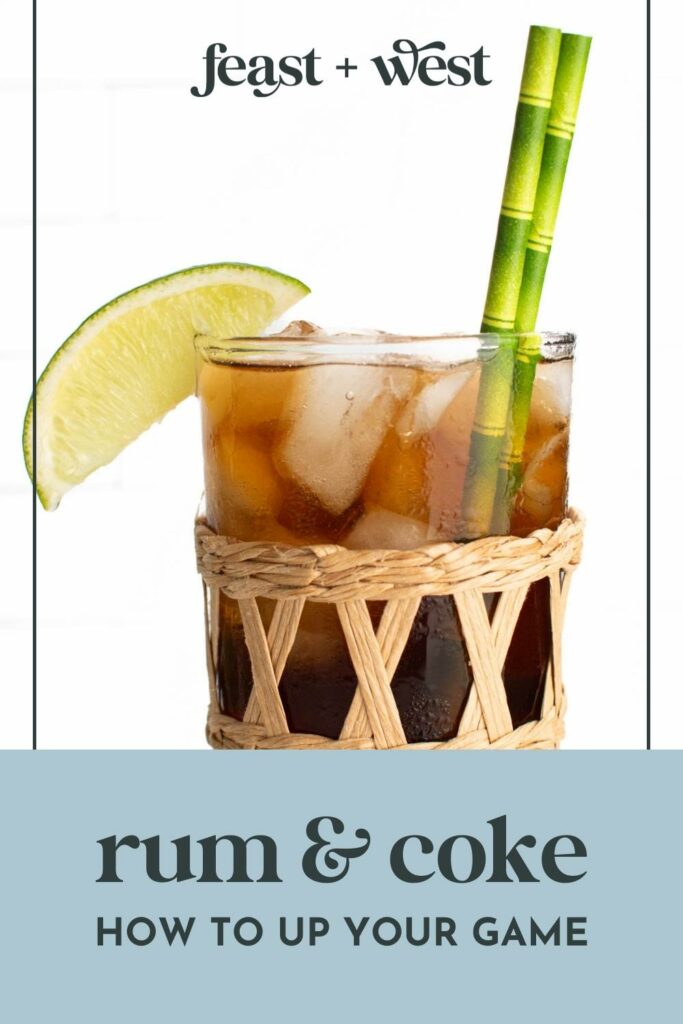 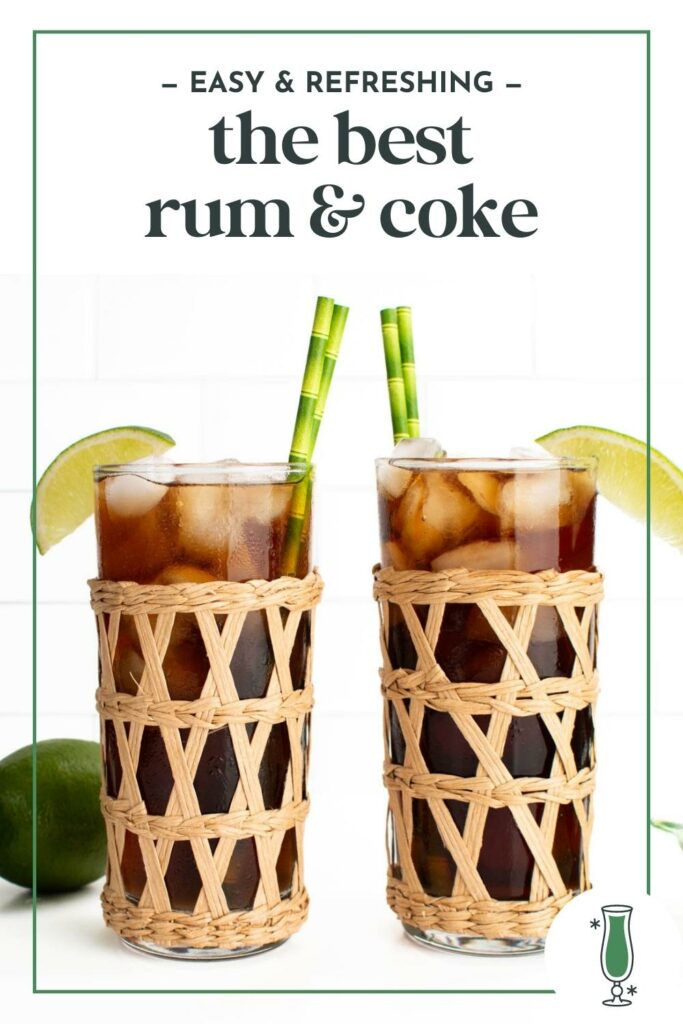 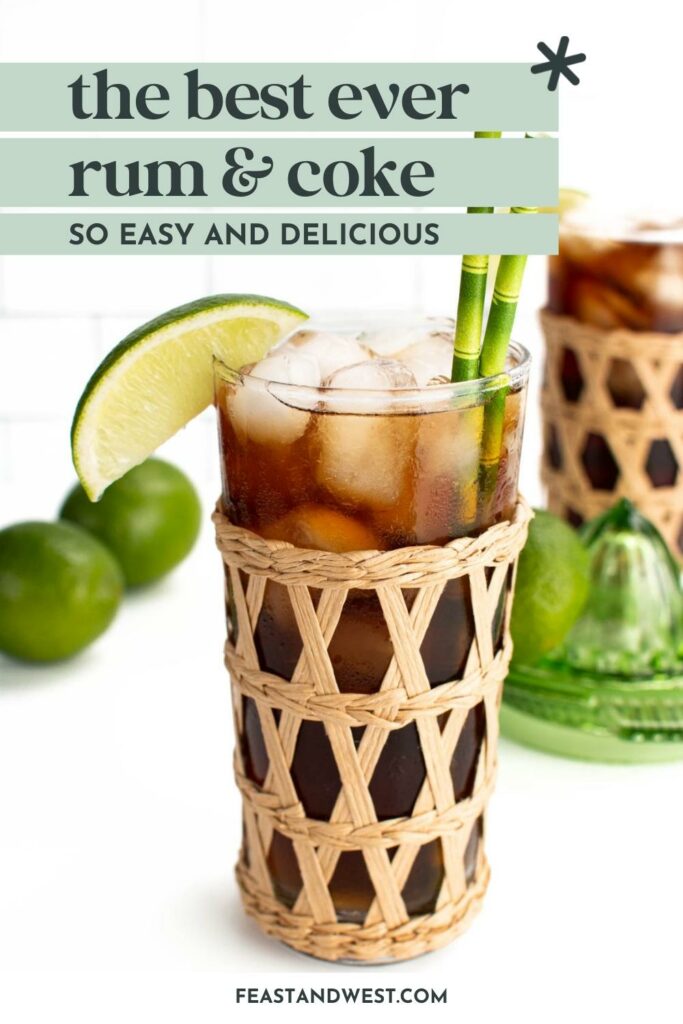 The recipe for this two-ingredient cocktail may be in the name, but there’s a lot more to the Rum & Coke than meets the eye. Learn the best ratio and type of rum to use in this easy, popular drink.

A simple Rum & Coke provides refreshment like no other drink.

Smooth, bubbly cola and sweet rum are a winning combination. But there’s a lot more to this classic cocktail.

As we all know, it’s possible to order a bad Rum & Coke! Chances are good the proportions are off and the ingredients aren’t quality. (Hello, soda machine that needs more syrup!)

The rum to cola ratio and the type of rum both make a difference, especially with a recipe that has a short ingredient list!

There are a bunch of ways to make the rum and coke your own, by tweaking the type of soda and adding additional flavors if desired.

The Rum & Coke is a two-ingredient drink you can order at pretty much any bar. (Though I suppose if they sell Pepsi and not Coca-Cola, you’d get a Rum & Pepsi instead!)

When lime juice is added to the Rum & Coke, it’s called a Cuba Libre. It’s also usually garnished with a lime wedge.

The Cuba Libre purportedly gets its name from a toast, “Por Cuba Libre!” meaning, “To a Free Cuba!” given by an American Army Captain in the year 1900 stationed in Havana during the Spanish-American War.

If you want to order a Cuba Libre, most bartenders will know that name, but you could also call it a “rum and coke with lime.”

When there are only two ingredients in a cocktail, that means they need to be really good! Quality ingredients will make the best version of this simple cocktail.

Most people prefer to use white rum, also known as silver rum, in their Rum & Cokes, but other types can be used as well. A good quality rum will make a major difference — a cheap rum can ruin the drink.

Here’s a quick guide to the types of rum:

There is no wrong choice when it comes to the best rum for Rum & Cokes! Each of these is a delicious rum filled with a realm of possibilities. Try them in rum cocktails like the mojito, the hurricane or a frozen daiquiri.

Coca-Cola is the most popular brand for the classic Rum & Coke. Some people might argue the red can’s secret recipe is the only choice. After all, it has a high acidity which rum helps to balance out.

However, there are a lot of ways to enjoy this tasty cocktail.

Bottled Mexican Coke is made with real cane sugar and doesn’t contain corn syrup. Rum is also made from sugar cane, so this is a natural (and delicious) choice.

Pepsi comes from my home state of North Carolina, and it’s slightly sweeter than Coke. Some might prefer the flavor of Pepsi instead.

But there are other brands besides Coke and Pepsi, of course! Boylan Sugar Cane Cola Soda is one of my favorites to pick up at a specialty shop.

There are also craft sodas that are brewed for use in cocktails. Fentimans Curiosity Cola and Fever Tree Madagascan Cola are two that are loved.

You could also make your own cola with a SodaStream and cola syrup. You can even make homemade cola syrup.

And it doesn’t stop there. Below, I’ve included some more options — see the section called Variations and Substitutions.

As in the Cuba Libre, a squeeze of fresh lime juice adds some tart flavor to balance out the sweet taste of cola.

You could also use a squeeze of fresh lemon juice for a similar flavor.

If you want some additional flavor and sweetness, you can add a flavored simple syrup such as vanilla syrup or cherry syrup.

How to make a rum & coke

With a base of two ingredients, the Rum & Coke is one of the easiest cocktails you can make. And it’s so good on a hot day!

There are a number of ways to change up your Rum & Coke depending on your preferences.

Make it low-calorie: If you like diet soda, of course you can use that here! I know a lot of people who like theirs with Diet Pepsi, Diet Coke, Coke Zero or Zevia Cola.

Make it non-alcoholic: Non-alcoholic options include Ritual rum alternative (affiliate link), which is my favorite if you’re looking for a light rum flavor. If you’d prefer the taste of dark rum, try Lyre’s Dark Cane Spirit. (These are also great low-calorie options.)

Try a flavored cola: Cherry Coke and Vanilla Coke would also provide some additional flavor for a fun twist. You can also add your own flavoring with a flavored simple syrup.

Try another type of rum: Dark rum and spiced rum will bring the most flavor

If you like easy 2-ingredient cocktails, try one of these delicious concoctions:

Best rum for a Rum & Coke: Silver rum AKA white rum is the most common and has a lighter taste. Dark rum and spiced rum will bring the most flavor.

Best cola: Coke and Pepsi are the most common but feel free to use any type of cola.