Home » Cocktail Resources » Mezcal 101: Everything You Need to Know 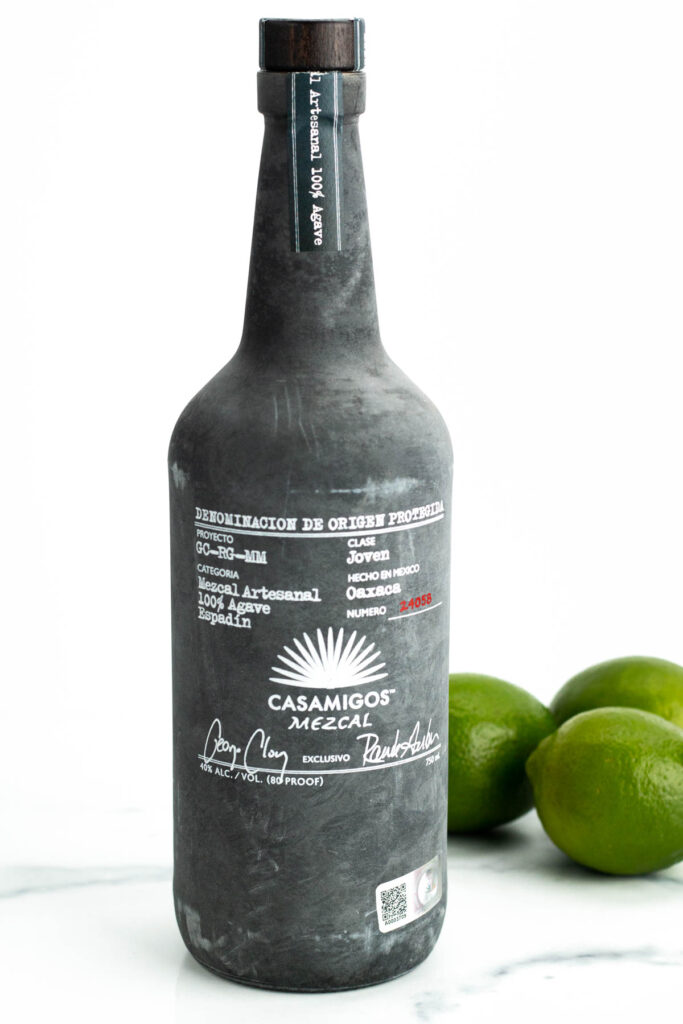 Here’s everything you need to know about mezcal, including how it’s different from tequila, what it tastes like and the best brands.

Mezcal is one of the hottest spirits on the market right now. These Mexican spirits are seemingly everywhere in the United States, from liquor stores to cocktail menus.

If you’re new to this spirit, you may be wondering, “What is mezcal?”

While it may seem like a hot new thing, it actually has a long history that might even surprise you.

Let’s talk about what it is and how you can incorporate this incredible, versatile spirit into your home bar.

Table of Contents hide
What is mezcal?
How is mezcal different than tequila?
How it’s made
Where it’s made
History
Styles of mezcal
Best brands of mezcal
What does it taste like?
How to drink mezcal
Mezcal cocktails

Tequila, then, which comes from the blue agave plant, is a type of mezcal. Other types include sotol, bacanora and raicilla.

There are over 200 species of agave that grow wildly in Mexico, but only around 50 are suitable for mezcal.

Espadin agave is the most popular, widespread source, so bottles made from it are more affordable. Mezcals like Tobalà (known as “the king of mezcals”) that are made from wild agaves are more scarce because the plants are harder to find and harvest — and therefore more expensive.

How is mezcal different than tequila?

Tequila is, in fact, a type of mezcal. It’s similar to how scotch and bourbon are types of whiskey.

Mezcal can be made with more than 40 types of agave plants, even a blend of two different varieties of agave. To be called tequila, it must be made from a specific variety of agave, the agave tequilana AKA the Blue Weber agave. But that’s just one quality that determines tequila.

Like champagne that can only be called so if it’s from the Champagne region of France, tequila must be made in one of a few regions to be considered tequila. Jalisco is the main region of Mexico where tequila is produced.

Also, the ratio of agave is different for tequila. Tequila is made with 50% agave, whereas a true mezcal is made with 100% agave.

The process for making tequila is slightly different than mezcal. For tequila, the pina are steamed in ovens above ground, while mezcal is produced in deep, stone fire pits underground filled with wood and charcoal.

As such, tequila can be made in larger, commercial batches, whereas mezcal tends to be made in small batches.

In Spanish, mezcal means “oven-cooked agave,” which is how the pina are cooked to extract sugars for fermenting and later distilling.

The ovens are deep stone pits made of lava rocks that are filled with wood and charcoal to burn. Mezcal is known for its smoky flavor, which it gets from cooking the pina in these pits.

Here’s the traditional method of the production process for making mezcal:

First, mezcal producers harvest the maguey, or agave plants, with machetes to remove the leaves. The pina hearts — which look like pineapples, hence the name — are roasted in the underground pit and mashed with a giant stone wheel called a tahona.

Water is added, then they’re strained and ready for the fermentation process in copper pots or clay pots. The liquid then gets distilled in these copper and clay stills up to three times, and then it can be bottled or aged in barrels for 2 to 12 months.

To be called mezcal, it must come from these Mexican states: Oaxaca, Guerrero, Durango, San Luis Potosí, Puebla or Zacatecas. Also, it must use the technique described above.

Tequila, on the other hand, can only come from the state of Jalisco.

The Spanish conquistadors arrived in Mexico with the knowledge of distillation around the time of the Spanish conquest of the Aztec empire in the early 1500s.

They began distilling the agave of the Oaxaca region and mezcal became the first spirit made in the Americas.

Mezcal that has not been aged is labeled as joven, meaning “young.”

If a mezcal has been aged in glass bottles or oak barrels, it gets the label reposado, meaning “rested.”

If it is aged for a longer time, it is called anejo, meaning “aged.”

Flavored bottles aren’t really a thing. You aren’t likely to find it bottled to taste like coconut or strawberries. (However, if you wish to infuse it with jalapeños, it’s delicious.)

There are some gimmicky bottles out there that have a worm (actually, it’s a larva) in the bottle. While these larvae really do enjoy the agave plants, it’s more of a sales tactic by American bars to boost sales. They’re definitely not a sign of a good mezcal!

There are more than 120 brands of mezcal sold in the United States. We are lucky to have access to so many of the best mezcals, and it’s worth trying new ones to see what you like.

Montelobos is a great budget bottle, around $30, whereas a bottle of Casamigos will run a bit pricer, around $60.

There are lots of celebrity brands these days, including Casamigos, which is actor George Clooney’s brand, and Dos Hombres, which is by the Breaking Bad actor duo Aaron Paul and Bryan Cranston.

Check out this Tequila 101 post for my favorite tequila brands (which we know are also mezcals!)

Though mezcal is known for its smoky flavor, it isn’t all smoky. There are many different flavors present in the different styles and brands of these agave spirits.

Sometimes it has floral, fruity or earthy flavor notes. It depends on the specific agave used, when and how it was harvested and where it’s from.

Reposado and anejo bottles will have more oaky, caramel flavors, like bourbon.

My advice is to enjoy a mezcal flight when you see one on a menu so you can sample several types and find a new favorite.

How to drink mezcal

This incredible spirit is best enjoyed the way you’d enjoy a fine bourbon or scotch. Sip it on the rocks or neat to take in the flavors.

Of course, you can certainly take it as shots as you would tequila, with lime and salt.

It can also be mixed into an alcoholic beverage if you like! Use it like tequila or even in place of bourbon in a cocktail.

You can use mezcal anywhere you’d use tequila, which will add that smoky, earthy mezcal taste to your alcoholic drink.

Making a mezcal margarita from the classic margarita recipe is an obvious choice, or you can go with the national drink of Mexica, the tart grapefruit paloma.

The Mezcal mule is a version of the classic Moscow mule that’s made with smoky mezcal.

Because of its rich, smoky flavor, it can also be used in lieu of bourbon for a really delicious twist.

Try it in an old-fashioned cocktail or make a Mexican mint julep.

You can also use it in lieu of gin, such as in a mezcal negroni.