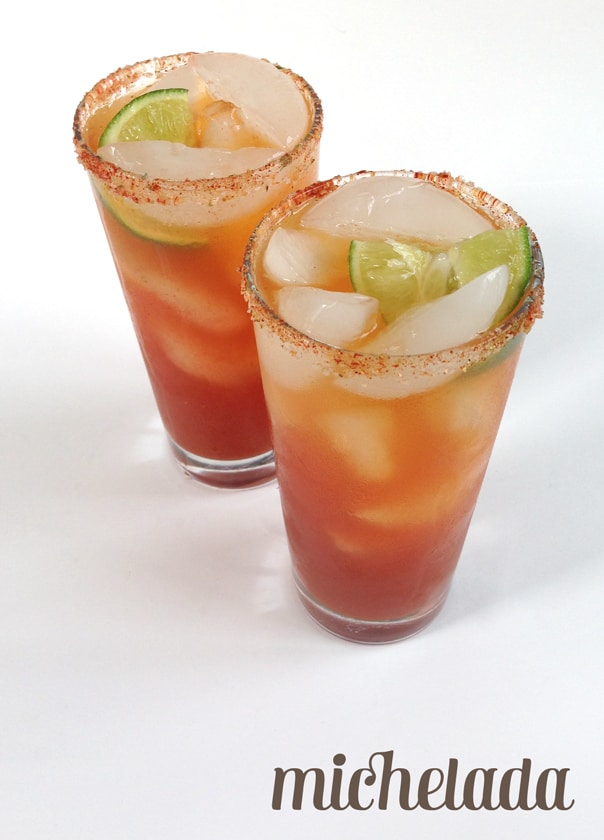 Beer Friday was a weekly celebration at a place I used to work. We would take turns bringing in a brew to share with the team. At “beer o’clock” on Fridays, whoever was still at the office would gather to crack open a cold one and begin the count down to the end of the day. It was awesome, and a great way to try new beers. So today, in honor of it being Friday after the end of a very long week, I’m doing something a little different from past Friday Night Delights — a beer cocktail. Today’s cocktail is the Michelada, which is  not unlike a bloody mary, only it’s made with Mexican beer in lieu of vodka.

I have some beer-loving friends who would shun a beer cocktail, saying it ruins a good beer. That might be true in some recipes, but couldn’t you argue that a vodka tonic ruins a glass of vodka? I rest my case. Here, the beer acts as the primary alcoholic agent, the same way any alcohol does in any other cocktail recipe. So, meet the Michelada, a classic Mexican cerveza preparada, or a prepared beer. Trust me on this one.

Chelada is Anheuser-Busch’s brand-name michelada that has been a favorite of mine for two summers in a row. The drink is tomato-based with a kick of spices, salt, lime and, of course, beer. After a little research, I discovered I could make my own. If you’re feeling really brave, you could also make a chavela, which is a michelada served with a shot of tequila either added to the drink or served on the side. Pick a light Mexican beer like Corona, Modelo or Tecate. (Really, any pilsner or lager will do.) Like a bloody mary, you can tweak the recipe to your taste. And you’ve got a week to get it right before Cinco de Mayo festivities. So, beer lovers, did I ruin your beer? Let me know in the comments! // susannah 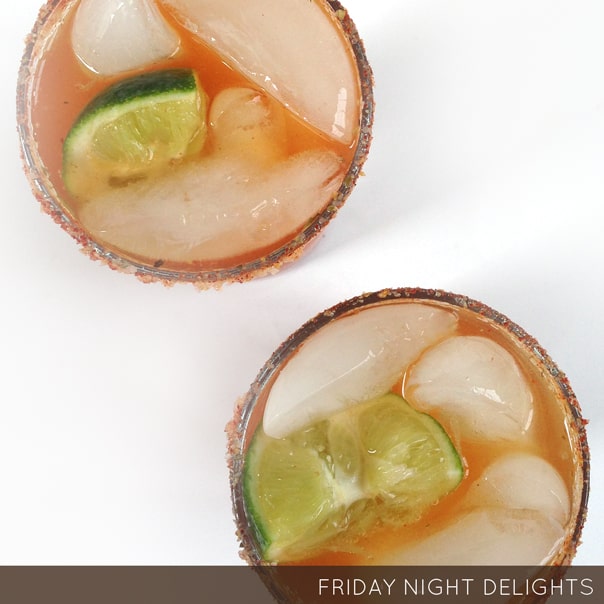