The Bourbon Ginger Shrub Cocktail is a sweet and spicy drink. Made with a homemade ginger ‘drinking vinegar,’ this sparkling whiskey, lime and ginger libation is a delightful anytime sipper. 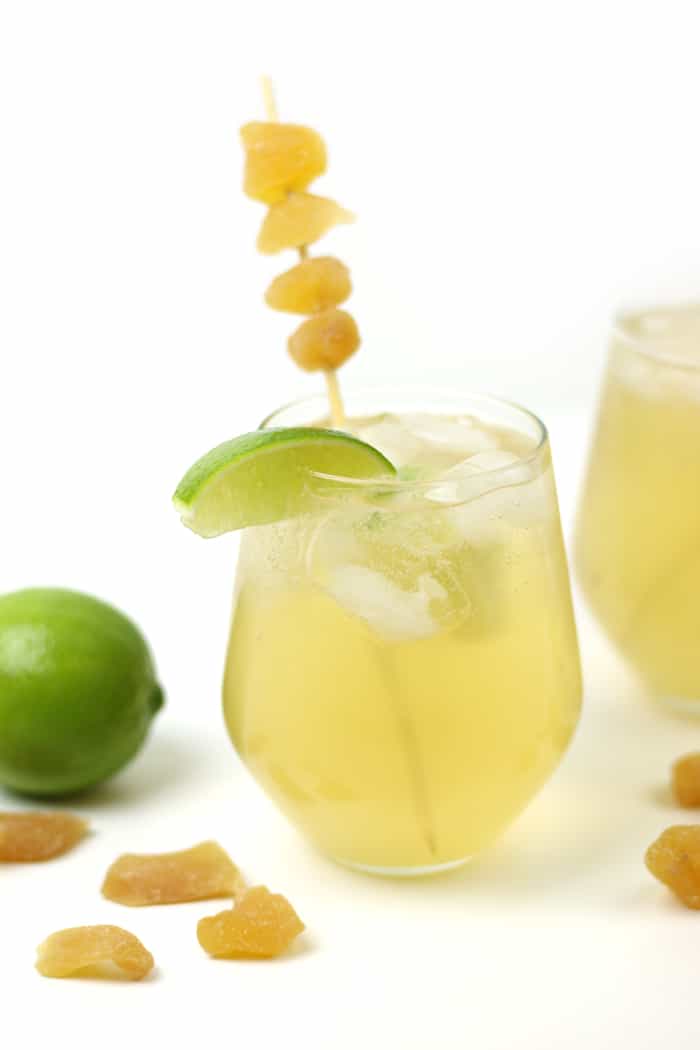 To my very first recipe on Feast + West. It was a cocktail, of course. 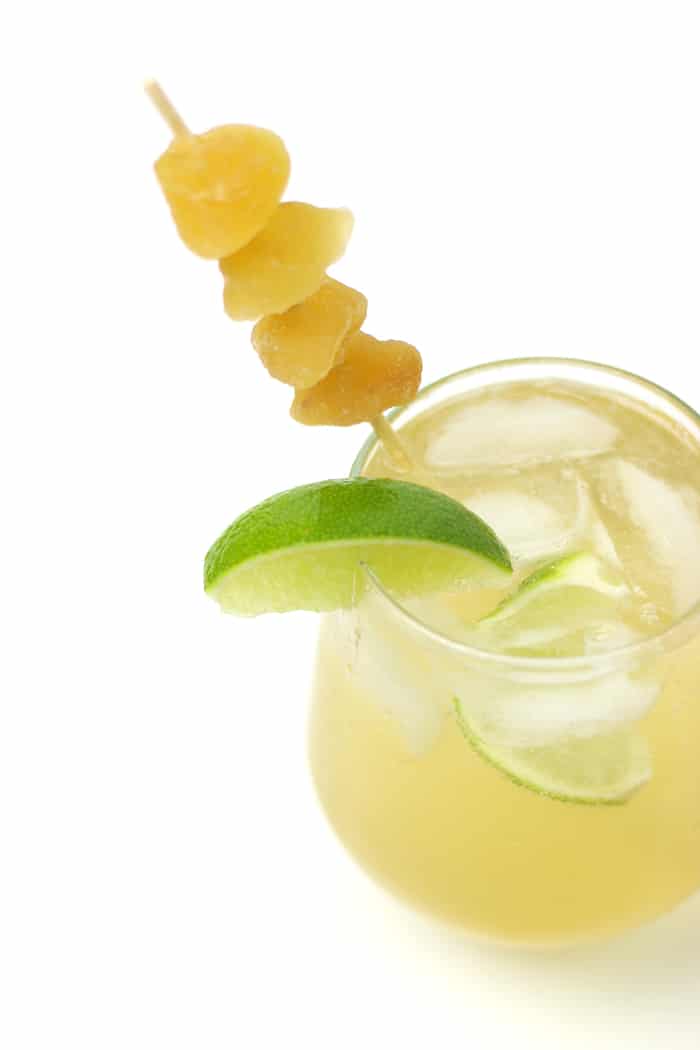 Sometimes it’s hard to look back at my early recipes.

I’m not always proud of early photos because I used to take photos with only my iPhone. (My old DSLR camera was broken at the time — so sad.) And my blogging skills needed lots of work.

It’s so easy to pick out mistakes. But I try to remember that three years is a long time, and I’ve come a long way!

I’ve learned so much about blogging since then. And food and cocktails, too. 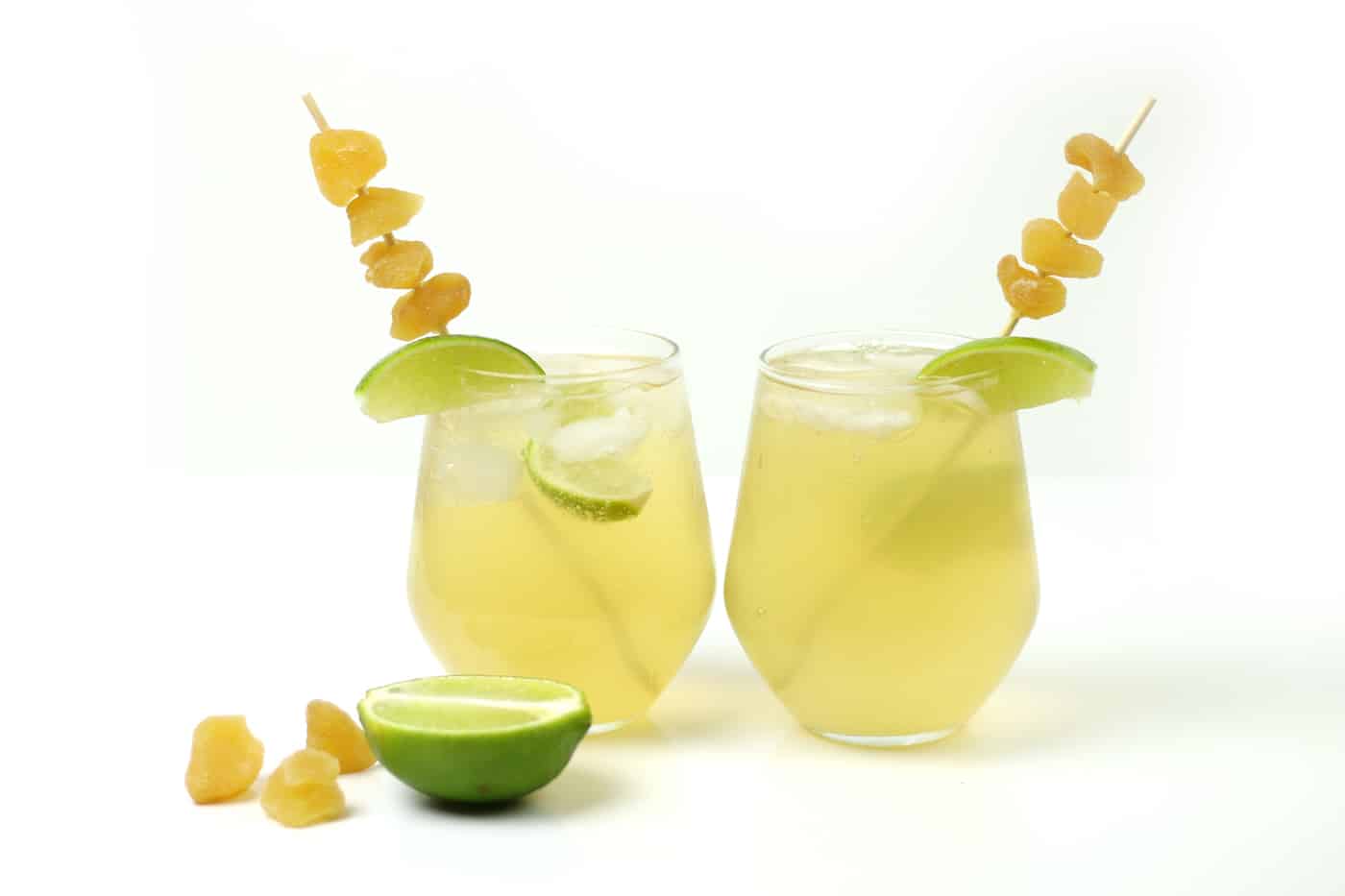 So this cocktail. It was an exceedingly simple Bourbon + Ginger Cocktail. Just three ingredients: ginger ale, bourbon and lime juice.

Essentially it was a poor man’s Moscow Mule, made with ginger ale instead of ginger beer. Almost embarrasingly simple.

It’s also the drink I order whenever I go to a bar that doesn’t do craft cocktails.

(Sometimes a Jack and Ginger, sometimes a Maker’s and Ginger — always with a lime wedge or two.) 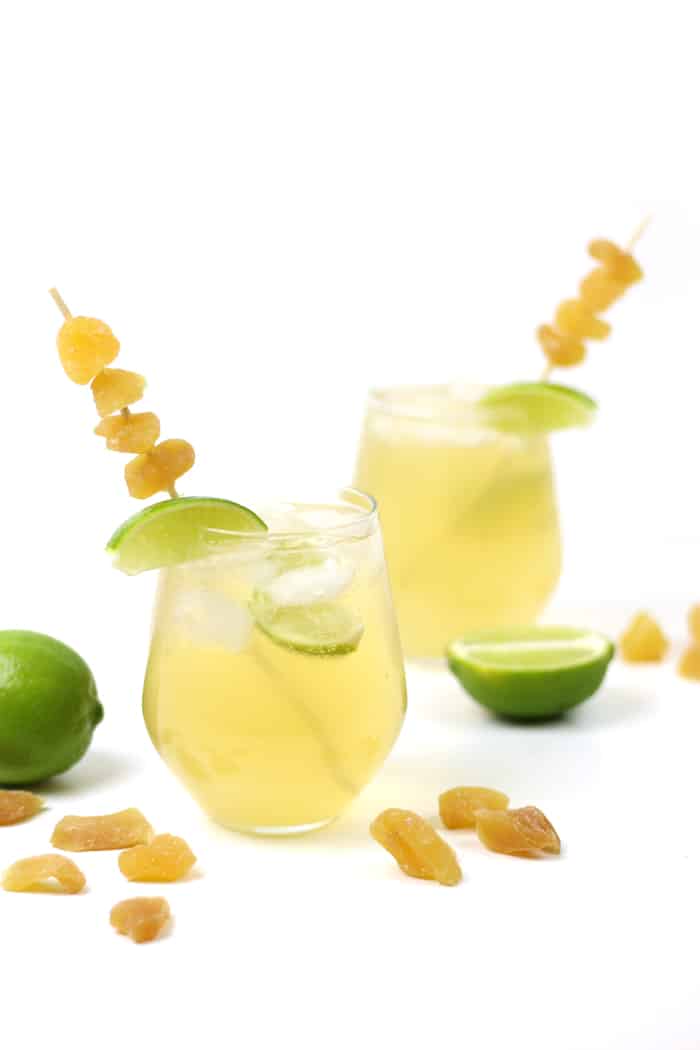 Last month I made Ginger Apple Pomegranate Sparkler Mocktails with a ginger shrub. Shrubs are also known as “drinking vinegars,” which are often used to preserve fruits.

I learned about shrubs a couple years ago and have enjoyed experimenting with them in cocktails. You’ll definitely be seeing more of them here.

This one is made with grated ginger root, sugar, water and apple cider vinegar. I’ve been drinking a few tablespoons of it with a glass of fizzy water and it’s just like a spicy, homemade ginger ale. 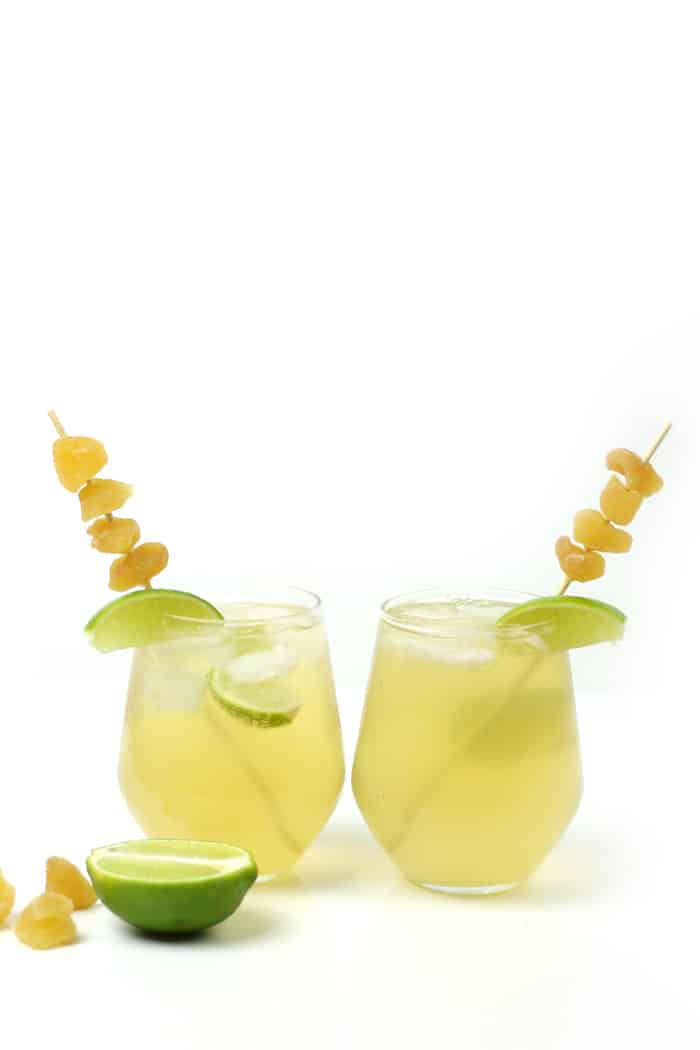 It’s also fantastic with bourbon and lime stirred in. Which is how I came back to that very first cocktail I made for Feast + West.

This cocktail is like a grown-up version of that cocktail. It represents all that I’ve learned in three years, in blogging and cocktails. Cheers to that! // susannah

The Bourbon Ginger Shrub Cocktail is a sweet and spicy drink. Made with a homemade ginger ‘drinking vinegar,’ this sparkling whiskey, lime and ginger libation is a delightful anytime sipper.

For the ginger shrub