These indie video games for couples are a great way to bond with some friendly competition. Pretty graphics and compelling stories make these two-player experiences enjoyable for gamers of any ability. 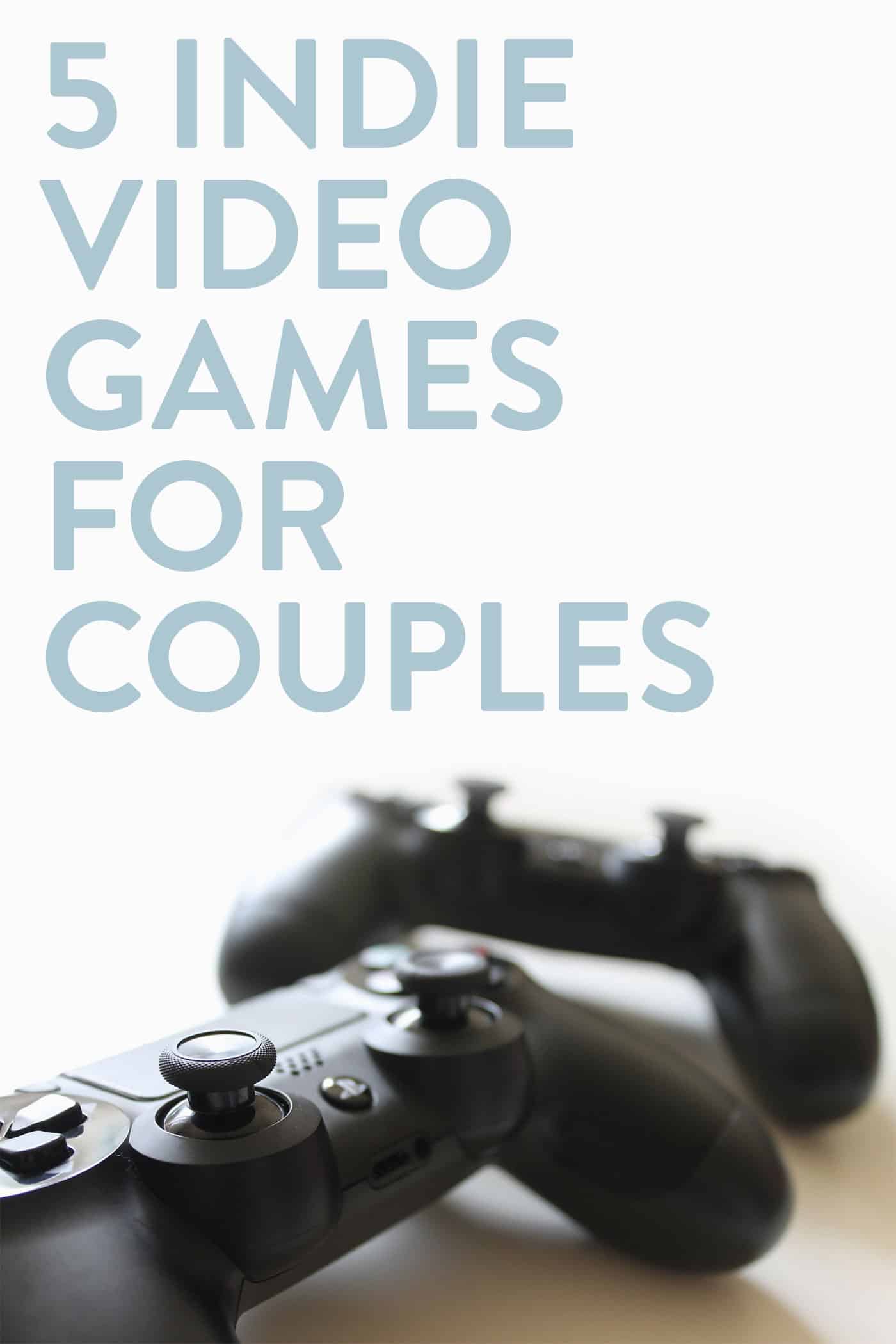 I’m going to let you in on something I’ve been enjoying a lot lately. That’s what this blog is, right? Things I like to eat and drink, for example. Places I like to go. Things I admire for my home. Things I’m reading or watching.

Well, here’s something else we can add to that list: Lately I’ve been into playing video games. All thanks to my boyfriend, Chris.

Before we met, my video game experience was almost none. I didn’t play video games at home growing up, so my list of ‘games I’ve played’ is pretty short: Sonic the Hedgehog, Super Mario, The Sims, Kingdom Hearts, Grand Theft Auto and various Wii Sports games — all things I could play at friends houses.

Usually, I played terribly. (Mainly because I wasn’t used to gaming and was unfamiliar with the controls. That’s actually still true, yet always good for laughs!)

Meeting Chris has opened my eyes to this new kind of entertainment, one I wouldn’t have tried on my own. He’s a game-experienced nerd with a few consoles, a bevy of games on his shelf and enviable dexterity. It was intimidating at first!

When I first decided I’d be open to playing video games with him, we had a hard time finding games for two players that we would both appreciate. We did some research, and landed at a few important-to-us qualities:

We’ve now tried out a handful of video games and — though I’m still no gamer — we’ve both enjoyed playing them together. In honor of Valentine’s Day tomorrow, I thought I’d ask Chris to help me share a few of our favorites. I know this seems unconventional over here, but since I’m loving it I thought there’s a chance you’d be into this list too!

These indie video games for couples are a great way to bond with some friendly competition, regardless of experience level. Click through to read both Chris’ and my thoughts on them! // susannah

In this game, you play a team of chefs in a commercial kitchen. You play together to make dishes, make customers happy and beat the clock.

Susannah’s take: This was the first game we played together, at the recommendation of a fellow food blogger. It takes tons of teamwork to beat each Diner Dash-style level. This one has annoying music and bright colors, but it’s still a fun evening. I could see this being fun on a double date with good friends, too.

Chris’s take: Games like this are fun but can be super frustrating for me, often to the point of rage-quitting. Teamwork is super important in this game. We always have to play each level once, then put our heads together to come up with a plan to tackle it.

One of the games in the Lego series, this one follows Harry Potter in his seven-year quest to defeat Lord Voldemort.

Susannah’s take: I’ve read all the Harry Potter books multiple times since I was 10 years old, so this game was a no-brainer for me. It takes a while to beat and we’re still working our way through it — which I love because it wasn’t over in a couple sessions like other games we’ve played. This one’s the least ‘indie’ of this bunch, but if you’re into HP, you’ll love it. (I could care less for the Lego part, though.) And if you’re not into HP, there are lots of other franchises in the Lego series.

Chris’s take: Lego games are more fun if you’re familiar with the franchise, and luckily for Susannah I am familiar enough with Harry Potter to be engaged with this one. It helped that I have played others in this series like the early Lego Star Wars games and Lego Marvel Super Heroes. I loved seeing how dedicated she is to trying to 100% each level. (But as a Lego game veteran knows, you can never 100% on your first playthrough.)

A first-person investigation of the Greenbriar family home. Play through the eyes of a college-age daughter who comes home to discover her family is missing. Wandering through the house, you find secret rooms, hidden notes and a wealth of other things you don’t expect to find.

Susannah’s take: I haven’t played this one enough, but the mystery of this one alone has my attention. The graphics are stunning and it feels like I’m inside a cool comic I would have loved in high school. I’m looking forward to playing it more and solving the mystery.

Chris’s take: I recommended this one to Susannah because I knew she would like the mystery and adventure. Even though this is a single player game, we play together because the mystery is too good to not share. Plus a second set of eyes to spot things is always valuable.

You’ll play a man who takes a job as a park ranger in the wilderness of Colorado. His only communication is a walkie-talkie with a co-worker in another part of the park. The mystery begins right away when your watchtower is raided and communication lines get cut.

Susannah’s take: We knocked this one out in a snowy weekend. Another single player game, we enjoyed playing this one together and helping each other make decisions. Each scene feels like a painting, and the mystery was really fun to figure out.

Chris’s take: This was an indie game that was on my radar for awhile. It has a cool mystery with nice plot twists to keep us both engaged. Beautiful art style and very nice story pacing for a short-form video game. This indie gem is quite a fun, beautiful thrill ride.

The Wolf Among Us

Based on the Fables graphic novels, fairytale characters live in a grimy modern day section of New York City. You, sheriff Bigby Wolf (AKA the Big Bad Wolf), work alongside characters like Snow White to keep the city in check as you unravel a murder mystery.

Susannah’s take: I dug those choose-your-own-adventure books as a kid, so I’m into this game for its similar quality. If you like shows like Once Upon A Time or Grimm, you’d probably love the fairytale aspect of this one! The only downside for me is each chapter takes a while to get through. I also always make Chris beat up all the bad guys for me.

Chris’s take: I have been a fan of TellTale for a while. Choices you make early on can affect choices you get to make later on in the episode or season. I get get into a great story and so can Susannah. This one has lots of action (and very satisfying button-mashing). Beating up bad guys at a bar is fun. Especially when they deserve it and they are standing in the way of my investigation!

We haven’t played these yet, but we hope to check them out sometime soon!

What are your favorite video games to play with your sweetheart or solo?