This trip was sponsored by Southern Living Magazine and Sweet Home Alabama. All opinions are my own.

A posh getaway in Birmingham is just what the soul needs! This Southern city is filled with surprises and charm. Here’s a recap of a recent trip there where I figured out why it’s nicknamed the Magic City. 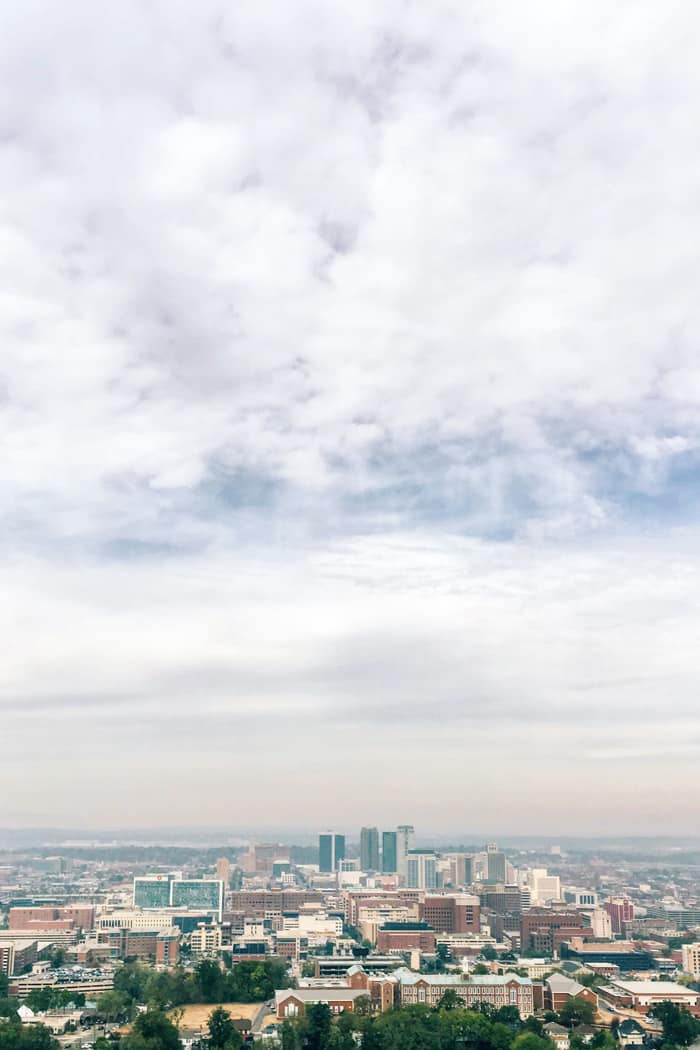 Back in November I was invited to take a road trip down to Birmingham, Ala. for a little weekend getaway with some fellow Southern bloggers. Southern Living Magazine and Sweet Home Alabama hosted the weekend.

This was my first trip to Birmingham. I like to be 100% honest with you, and I’ll say that what I imagined of Birmingham before I went there came from history books. Was I expecting a cute, flourishing city with a bustling design and food scene? No, no, I was not.

It was the most pleasant of surprises.

My mom agreed to drive down there with me. Birmingham is just 6 hours from Charlotte, and we enjoyed seeing the lingering fall leaves line the highway all the way down.

Before the festivities began we grabbed lunch at Mexican restaurant El Barrio. I enjoyed a spicy avocado tostada that I’ll never forget.

After lunch, we took a tour of the Southern Living offices. They’re a part of Time Inc., and they also produce other magazines such as Coastal Living and Cooking Light in their Birmingham office.

Man, what a stunning place. It was such an honor to be featured in SL‘s 10 Southern Bloggers You Should be Following last year, and it was amazing to see where the magic happens. We saw folks testing and photographing recipes in their amazing test kitchens. We even witnessed the start of a video shoot (which was so neat now that Feast + West does videos!).

My favorite — hands down — was the prop room. And I thought I had a lot of props!

This giant room was filled with every kind of cutting board, cutlery, cocktail glass, piece of china, cast-iron skillet, apron, tabletop and tablecloth you could ever imagine. Oh, I could have spent days here! (Do you think they would notice if I moved my office there?)

After our tour, we checked into the historic Redmont Hotel. This boutique hotel definitely put the ‘posh’ into my posh getaway in Birmingham. I loved the mirrored lobby and all the well-designed details all over the place.

Next, I joined Waiting on Martha, In Honor of Design, 60 Second Escapes and Field Trips with Sue and some folks from SL and Sweet Home Alabama for a tour of the 2016 Southern Living Idea House in Homewood, which is just outside of B’ham.

SL celebrated its 50th anniversary in 2016, so they chose their hometown of Birmingham as their spot for their annual idea house. This beautiful home was built for SL, and each room was decorated by some of the country’s top interior designers.

Each room was inspired by a different decade of modern design. My favorite of all was the bright green kitchen. I loved all the kelly green details with black-and-white accents. It’s my dream room, really.

(P.S. No, my mom didn’t get to join us on these activities, but she was having fun exploring B’ham and sewing for her business, O&Y Studio, all weekend while I did my thing.)

For dinner, our group dined at Chez Fonfon in the Five Points neighborhood. I enjoyed getting to know the other ladies over amazing French food. I tried escargot for the first time and it was totally delicious! I’m not a big coconut fan, but the coconut cake was to-die-for.

The next day, we met up early for breakfast at Feast & Forest. This delightful bakery felt like a spot you’d see in the Instagrams of your college friends who now live in NYC. I scarfed down a grits bowl, a giant latte and the most beautiful homemade poptart of all time.

After breakfast we toured the Vulcan Park & Museum. Again, my knowledge of Birmingham pretty much stopped at AP U.S. History, and that class did not cover the iron ore industry boom for which the city is so known.

The museum sits below the statue of the Roman god Vulcan, which guards the city from its perch atop Red Mountain. It is the largest cast iron statue in the world,

Lunch was a feast at Saw’s BBQ in Homewood. It was my first foray into Alabama’s famous mayonnaise-based, white barbecue sauce. This place is known for its seriously loaded baked potatoes. After lunch, we toured some cute antique shops nearby.

I headed back to the Redmont for some work, but reconvened with the group later for dinner — oysters and burgers at Fancy’s on Fifth in the Avondale neighborhood. This place was the bomb.

We enjoyed cocktails and chatted about the Red Mountain Beanstalk Adventure that some of the ladies completed in the afternoon. It sounded like it was an incredible ropes course!

After dinner, we grabbed one more drink at the speakeasy next door, The Marble Ring. To enter, we walked into a phone booth (à la Superman) inside of a hot dog joint, then picked up the phone and waited for the hostess to let us in.

Inside? It’s a gorgeous, 1920s-era bar with a stunner of a chandelier. The furniture is arranged into little nooks so groups can sit and not be overwhelmed by noise. The bartenders and waitresses flit around donning flapper outfits and passing out era-appropriate drinks.

The next morning, Sweet Home Alabama sent us on our way home with Hero Donuts. My mom and I enjoyed snacking on these brioche doughnut treats during our long drive back. My one regret is not checking out the The Market at Pepper Place, the Saturday farmers market before we hit the road! 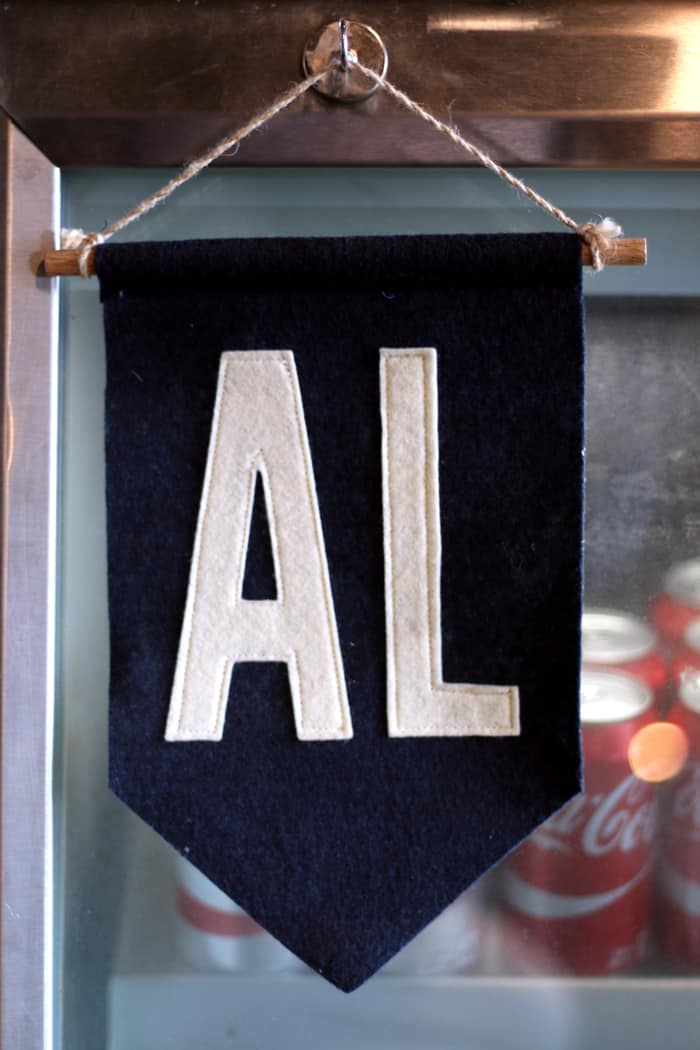 In short: Birmingham is the neatest little place. I’m really glad I had a couple days there to explore and get to know it better.

I can see why they call it the Magic City — it’s totally captivating and charming. I can’t wait to visit again one day and check out some more of this Southern city. It’s definitely on my radar now, and if you’re planning a trip in 2017, let me suggest this seriously fantastic city. // susannah

Disclosure: Thank you to Southern Living Magazine and Sweet Home Alabama for inviting me on this amazing trip. I was not paid for this blog post, but I did receive a free trip and hotel stay. I’m so grateful for opportunities like this. All opinions written are 100% my own. I only work with brands I love, and I thank you for supporting them!