Baked Cinnamon Sugar Donuts are the most amazing breakfast treat. Quick and easy, they’re a lovely way to welcome to overnight guests! 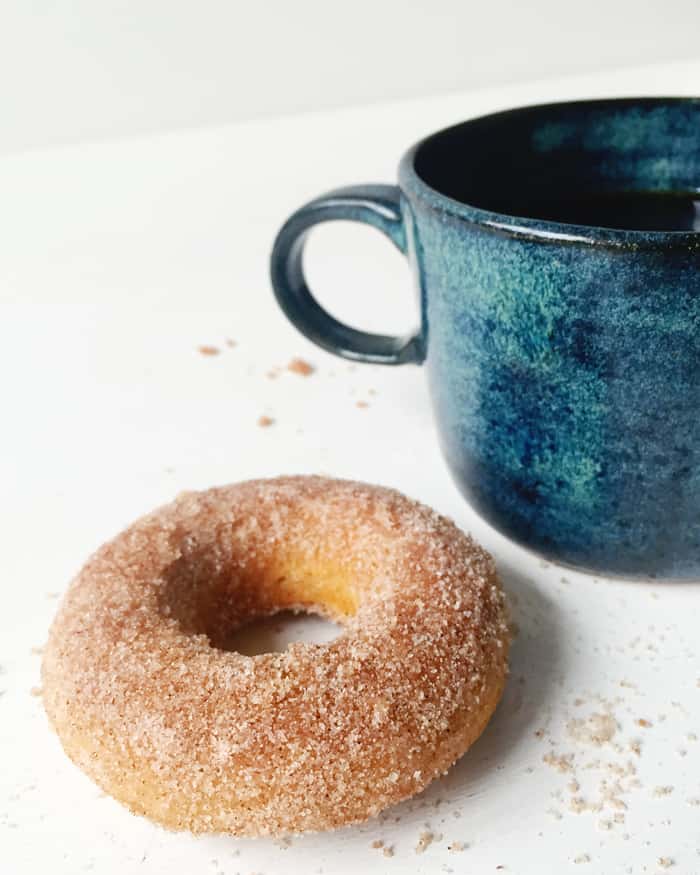 You guys, I am obsessed with my new donut pan. It’s so easy to whip up hot, delicious doughnuts for breakfast. Possibly faster than a trip to Krispy Kreme. Don’t get me wrong — I love fried, restaurant-made, yeast doughnuts as much as the next person. But sometimes you need a homemade option. 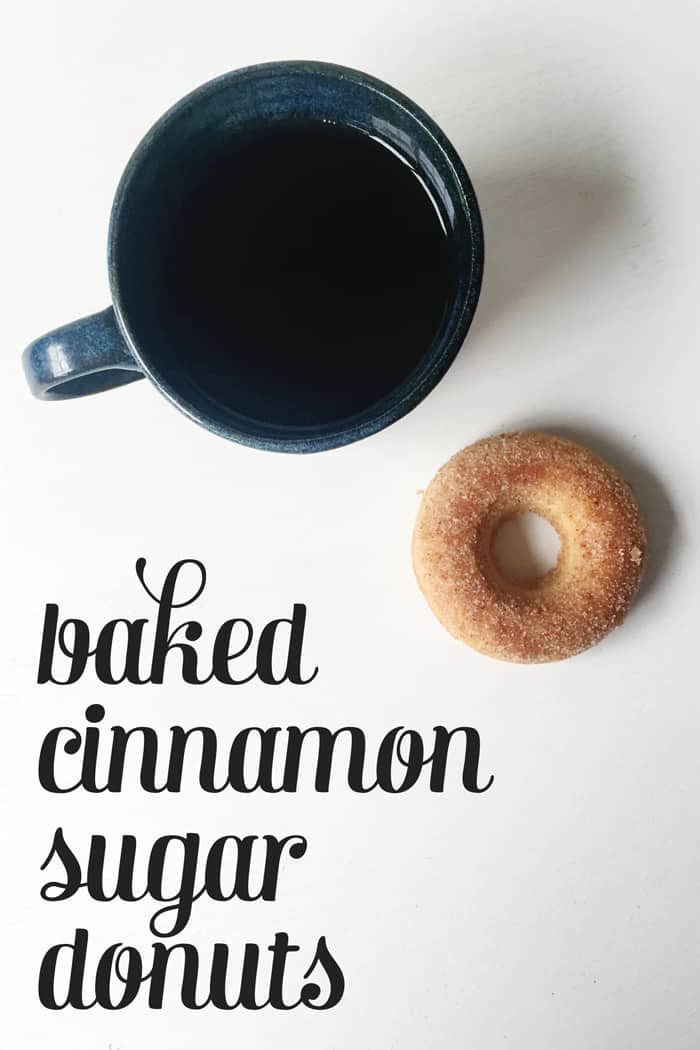 These Baked Cinnamon Sugar Donuts are the answer. And they’re lovely if you’re having family or friends in town and you want to show them hospitality with a homemade breakfast. Or make a whole dozen for yourself. (I won’t judge you.)

But trust me when I say that if you share these doughnuts, your friends will love you forever. Who could say no to homemade doughnuts?! 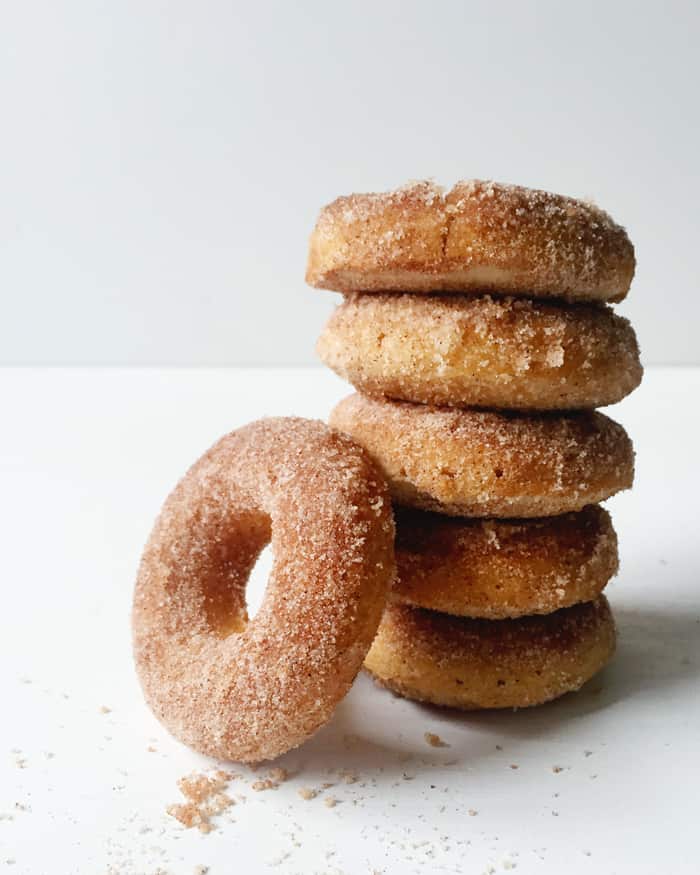 I decided to try a doughnut-pan version of my Cinnamon Sugar Donut Muffins. It’s an easy recipe, and the biggest difference is that I used the doughnut pan instead of a muffin. They’re spongy, fluffy doughnuts and they bake fast. Next, you’ll flash-dunk them in melted butter — while they’re hot — and roll them in cinnamon sugar. And then devour them. They’ll be gone in no time!

Not a cinnamon fan? You could certainly make them and them in a sugary glaze or chocolate icing. Or plain powdered sugar. Or a flavored sugar like this Homemade Lavender Sugar. 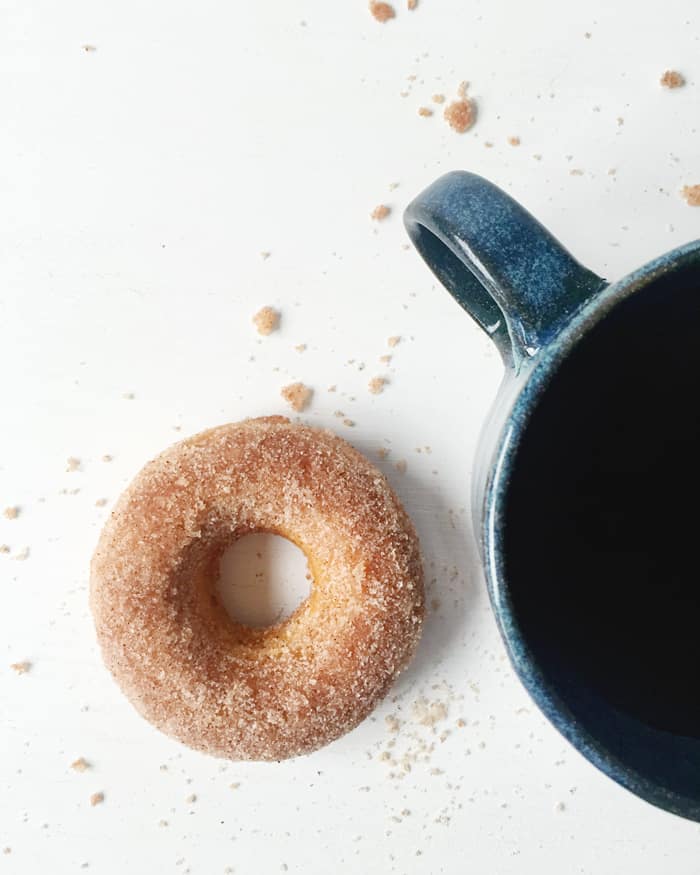 Next time you have family or friends visiting, you absolutely must make them these Baked Cinnamon Sugar Donuts. Just trust me.

P.S. That donut pan is an affiliate link. But I just really love it. Treat yo’self. (I did.)

P.P.S. Don’t you just love that pretty blue mug? It was a gift from my talented friend Erika Gibson. 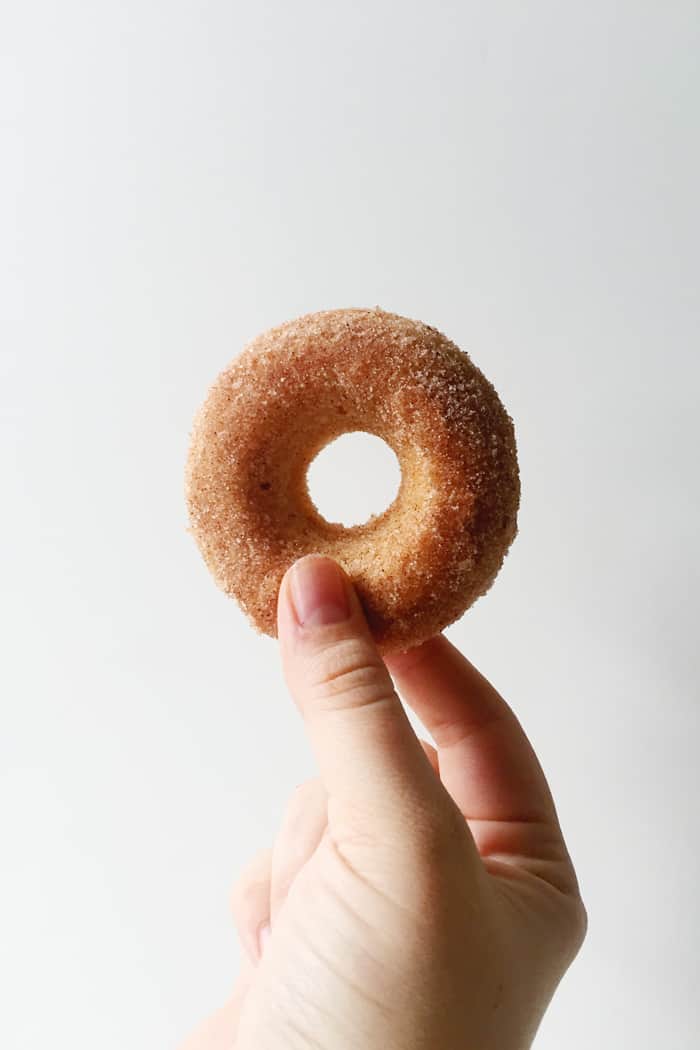 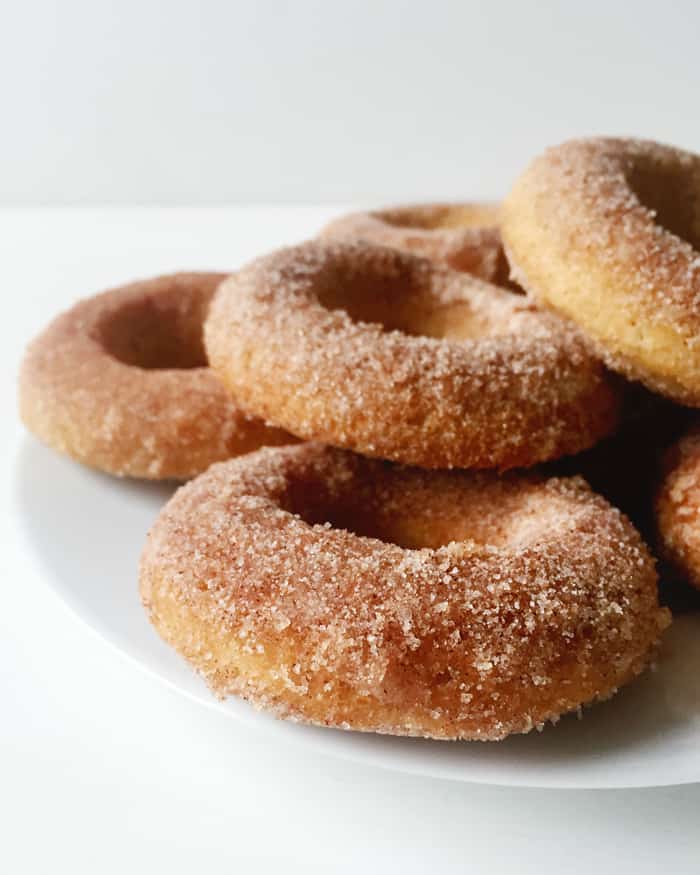