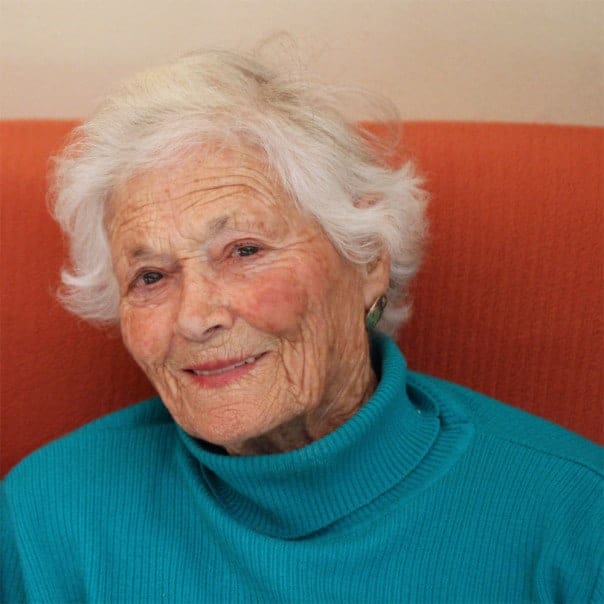 It’s been a tough couple weeks for me. Last Tuesday, my mother left for an emergency trip to South Africa to be with my ailing grandmother. This has always been the worst part of living so far from half my family — the crises, the emergencies, the expense of a sudden trip, the not knowing when it’s time to go, the worry that you’ll be too late.

Thankfully, my mom made it in the nick of time to see my granny. My mom was able to help move my gran to my aunt and uncle’s farm, which is one of the most beautiful places I’ve ever visited.

My granny, Nova, passed away Monday morning, quite peacefully from what I understand. At age 91, she has been declining for some time now, so it wasn’t exactly sudden. (You may recall that I went to South Africa to visit her earlier this year.) While I am of course sad that she is no longer on this earth, I am glad she is no longer suffering. And I am grateful for the conversations we had, the stories she told, the things I learned from her, the qualities I gained from her, the love she showed me, the time I spent with her. Every single moment. 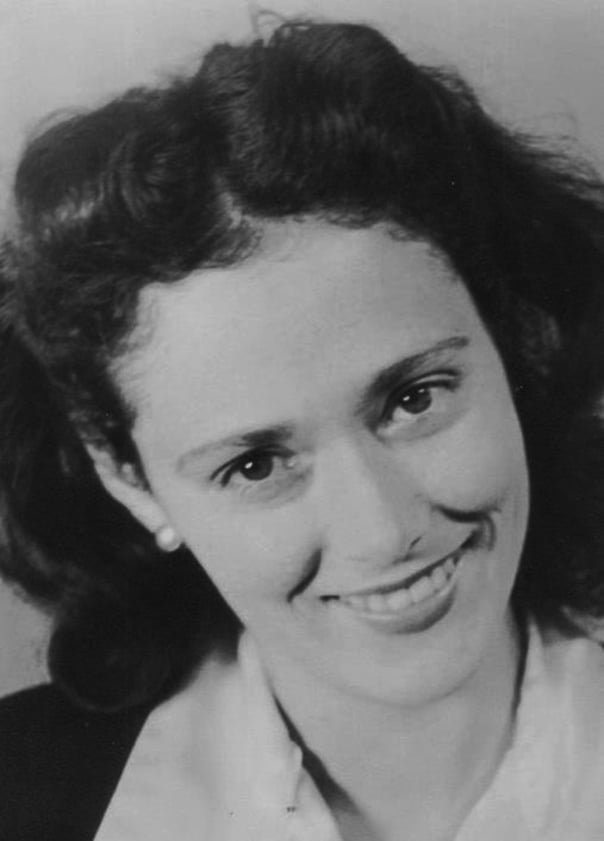 She was a feisty young woman. She was the oldest of four kids. Her father fought in World War I and worked far away on the railroads, and her mother worked as well, so she had to look after her siblings a lot. Having grown up quite poor, she was unable to go to college so she joined the Royal Army. During World War II, she was stationed on Robben Island (the same island where Nelson Mandela was later imprisoned) to watch for enemy ships.

At 18, she met my grandfather at a party and they were married soon after. One of my favorite stories is that she almost didn’t make it to her own wedding because of a big storm that was headed toward Robben Island. I don’t remember this part exactly, but she had to hide in a cargo hold of a military ship because all the ferries had stopped running. That’s the kind of woman she was — the kind that wouldn’t let anything stop her. 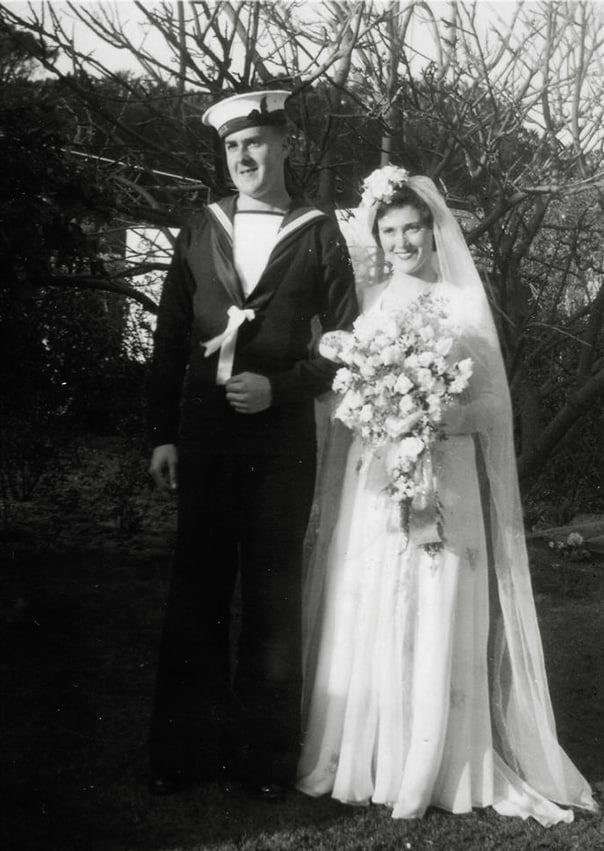 She and my grandfather raised three children. They were amazing parents, who worked hard for their kids to have a better life and who always encouraged their children to follow their dreams — so far ahead of their time. They raised three children, each one as feisty as their mother and as charming as their father: a farmer, a poet and a chef/artist.

The third is my mother, who attended culinary school and moved to the United States to go exploring. That’s where she met my father. They got married and raised my brother, sister and me in America.

It’s interesting to me how a little decision — like the choice to support someone in their education, career or a big move — can impact many lives, even through generations. For example, my grandparents’ choosing to support my mother in culinary school and expat life meant that she could later inspire me to love cooking and start this blog and write this to you now. 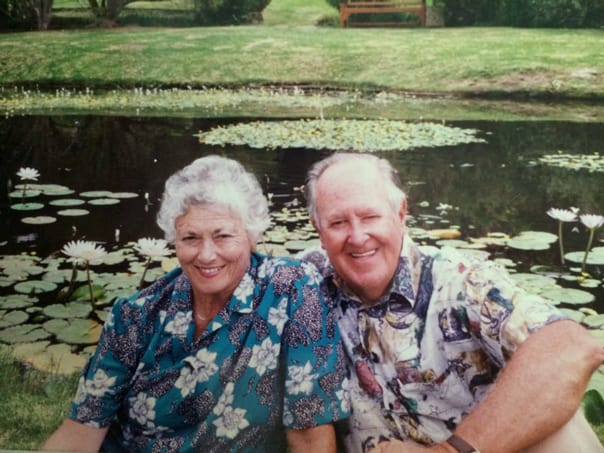 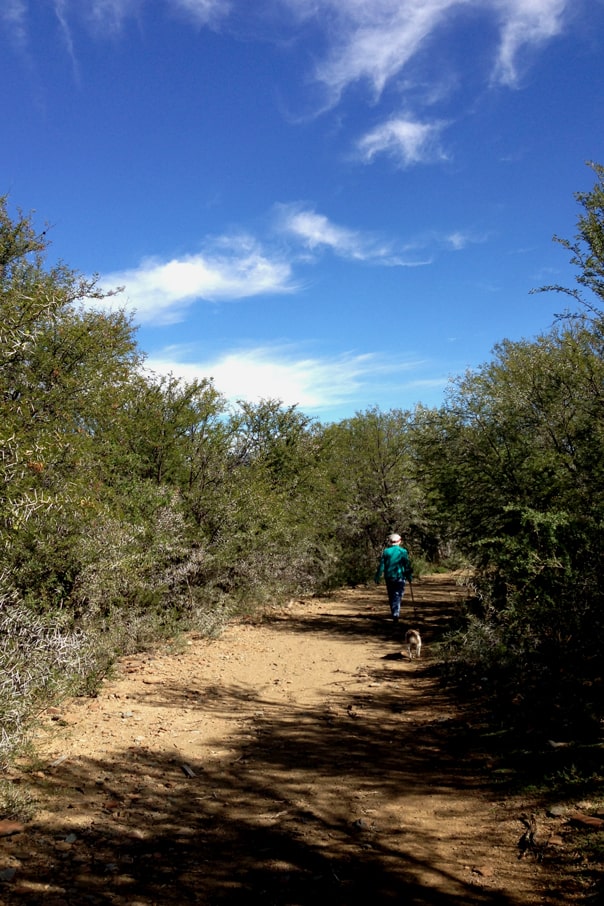 Arguably, it is because of my South African grandparents that I love to travel. I took my first overseas trip to visit them when I was just 3 years old. I have visited six times now, each time getting to meet more of my family, learn more about my heritage and explore more of the country  — where half of me originates. My grandparents visited us in America too, often staying a few months at a time.

And that, for sure, is the best part of having overseas family. You know that your time together is short, so you make a point to enjoy every last drop. Our visits were such lovely, sweet times, and I will cherish them always.

It is times like these that I am grateful and proud that I can work for myself and be my own boss. The decision to go freelance gave me the freedom to take my last two South Africa trips for a few weeks, without any worry of vacation time or antsy bosses. It allowed me to focus on enjoying my last moments with Gran and making new memories. 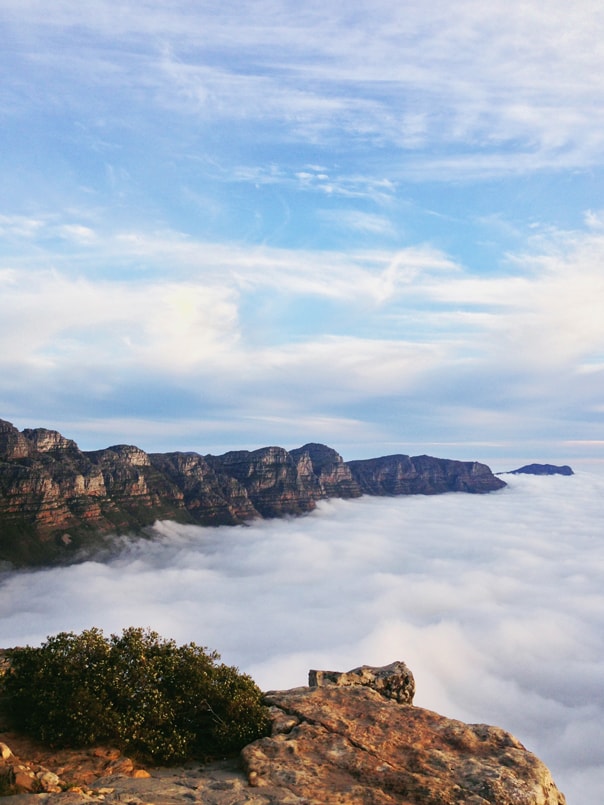 So, I’m saddened, yes. But there is also relief that Granny is with Grampie — her darling George — once again. And with my auntie Lynne too, and so many others.

I like to imagine where they are looks like this photo I took on one of my recent South Africa trips. My sister had talked me into a “1-hour, easy hike” up a small mountain called Lion’s Head. I may never forgive her for that whopper of a lie (it totally took us 5 hours, and we had to climb ladders and chains to reach the top) but the view was stunning. I’ll never, ever forget the way the clouds tiptoed toward the Twelve Apostles mountains. So worth it.

Another drawback of living so far away is that my brother and I won’t be there for the memorial this weekend, and neither will my sister who now lives in Egypt. But we do what we always do: what we can. When my grandfather passed away in 2007, the three of us hung out in Chicago for a weekend and celebrated his life in our own way. This weekend I am headed to Washington, D.C. for a few days to spend some quality time with my brother as we remember our dear Granny.

Recently my mother found a letter from her late sister, the poet, that rings as true now as it did when she wrote it in 1992. “We are all linked by our love, which doesn’t know anything about barriers or miles. Or partings of any kind, if they have to be. They are just illusions.”