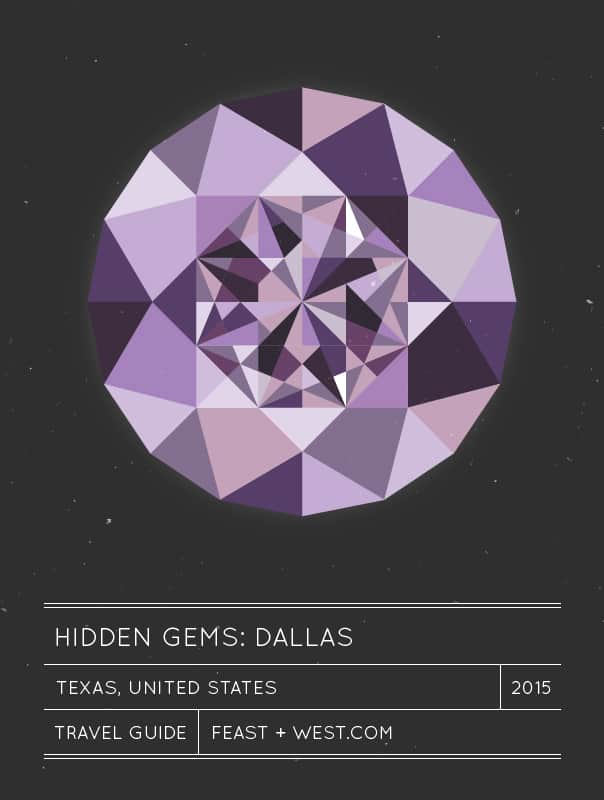 Say hello to Erin of The Speckled Palate! She’s giving us a tour of her new home city in this Dallas travel guide!

My husband and I are transplants to the area, and we settled here three years ago after taking a tour of the South.

I’ll be honest: I was a bit intimidated when we decided to move here. I’d visited a few times, but I hadn’t really spent any significant time in the city, and its size and sprawl were both astounding to me, even though I’d lived in cities of varying sizes before. However, I learned that while the Metroplex is home to several million people of varying backgrounds, beliefs and degrees of wealth, it’s a fantastic place that has so much to offer. And the great thing about it being so big means you can find anything you could ever want should you know how to search for it. Yes, the city is cosmopolitan and is known for this… but if that’s not your scene, rest assured there is still a niche for you.

It’s taken a little time, but we have found our place in Dallas. We’re super laid back, and we prefer a night out at a new restaurant or an afternoon at a local brewery over hanging out at a club. Also, we have a 4-month-old daughter, so our lifestyle is different from many of the 20- and 30-something residents of our city. That being said, though, there is so much to do in Dallas that fits with people of all lifestyles, and I like to think this here list captures a lot of that for y’all. Without further ado, let’s do this thing!

Real talk: It’s really challenging narrowing this list down because Dallas has so many unique eateries and bars. This place is a veritable wonderland for the adventurous (or not-so-adventurous!) eaters. And there are so many good restaurants I have yet to even set foot in! (You should see my list of places to check out. It’s kind of ridiculous.)

In addition to restaurants, I’ve included some breweries, too. Because breweries make for fun local flavor, and we have taken most of our weekend visitors to at least one. Yes, we’re those people, and we are totally OK with it. However, we’ve yet to navigate a brewery tour with our child. Have no fear: That’ll be happening before too long, I’m sure.

After thinking on this for a long time — we’re talkin’ months — here’s my list of places you should check out should you be visiting Dallas. Some are well-known and loved, and other are maybe more under the radar. And while I know my list doesn’t capture everything — hell, I didn’t include a barbecue restaurant because I’ve yet to visit some of the more lauded ones in town — it certainly will give anyone visiting a jumping off point. ​

Since Dallas is so big, there are too many activities I could recommend here. So I’ve culled down my extended list of recommendations to capture some activities Dallas has to offer. Some are more commercial, others are more nature-driven. All are a ton of fun, depending on what you want to do and what time of year you’re visiting.

Shopping. I think I can safely say this is a Dallas tradition, and if you’re looking for any high-end designer boutiques, this is the place for you! That doesn’t mean it’s all designer, though, and I’m sharing a combination of shops on this list for y’all.​

Since Dallas is relatively close to various other cities, big and small, there are a lot of road trip options. It depends on how far you want to trek, so I’ve given y’all some different distances from town and some recommendations of what to do in those places when you’re there.

Erin is a photographer and social media manager who adores baking and cooking. At The Speckled Palate, she shares tried and true favorite recipes and new faves as she creates and tinkers her way through well-loved cookbooks.