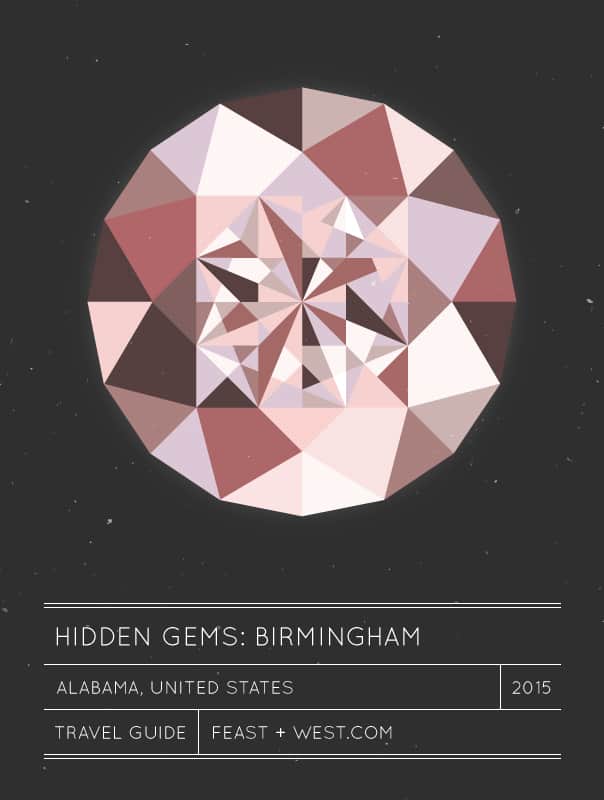 I’ve lived in Alabama my entire life. I grew up in the suburbs of Birmingham and went to college in Tuscaloosa. (Roll Tide!) After college, I moved back home to Birmingham, except now I live a little closer in towards the city, which I love. There’s currently a huge revival movement happening in Birmingham, and it’s really exciting to witness!

When I was growing up, we rarely ventured downtown. The only thing we ever did was go to the Alabama Theatre at Christmas to see a classic Christmas movie. About the time I was a senior in college, I began hearing people mention Birmingham or talk about going to Birmingham for the weekend. I sort of brushed this off, but after graduating, I realized just how much had changed in four years. Tuscaloosa is only an hour away from Birmingham, and I visited home often, but I had no reason to go downtown so it was a few months before I saw the change.

There is so much growth and expansion happening in the Magic City right now, and I strongly encourage you to visit if you never have! And I know what people think of Alabama. I know the stereotypes and no, I have never ridden to school on a tractor. No, I don’t own any overalls. Yes, we have Internet, and honestly, I don’t even really have that much of a Southern accent.

My first internship out of college was at Southern Progress, which is made up of Southern Living, Cooking Light, Coastal Living, and MyRecipes.com, all located here in Birmingham. I worked at MyRecipes for about a year-and-a-half, and when I was an intern, I was one of two people who were actually from Alabama. All the other interns were from out-of-state, and I heard many of them say that when they realized these jobs would require them to move to Alabama, they didn’t know if it was worth it. But after being here for a few months, they changed their minds and many of them are still here.

Birmingham has a lot to offer and has so much for you to do. It seems like new restaurants and local businesses pop up every day! So here are just a few things you can do and see when you come to visit!

Beth Branch is the baker, blogger, and photographer behind bethcakes.com. She has been baking and blogging for about four years, which started while she was a student at the University of Alabama. Beth currently lives in Birmingham, works at a law firm by day, and previously worked at MyRecipes.com. She is a co-founder of Birmingham Bloggers, a local blogging community that works with bloggers and exciting new businesses in Birmingham. Beth’s favorite cake flavors are funfetti and red velvet, she eats a lot of Mexican food, and has a vast shoe collection.