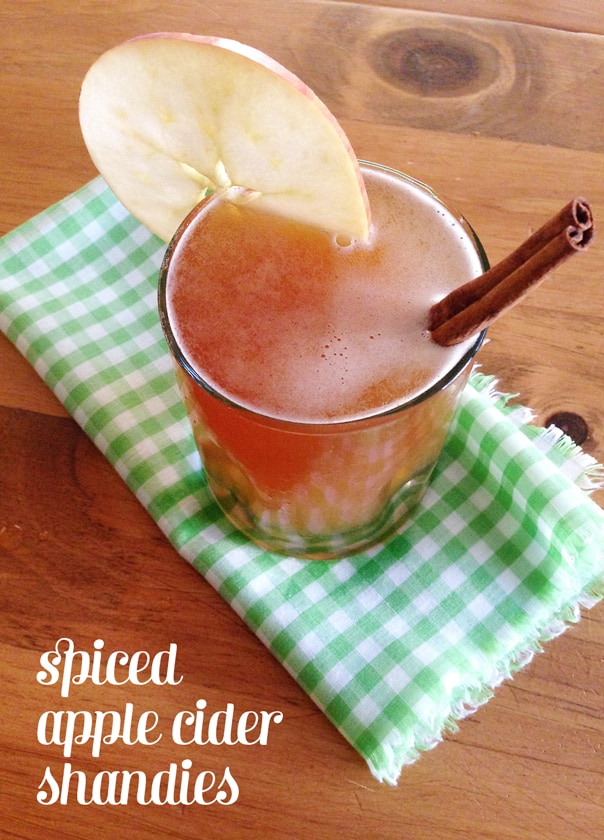 Every fall, I swear to myself it’s going to be the year I make it to an apple orchard in the mountains for some apple-picking. (Maybe it’ll be this year?!)

I remember going as a kid and picking fresh apples right from the trees, sipping on fresh apple cider and juice and bringing those juicy babes home for one of my mom’s signature apple pies. 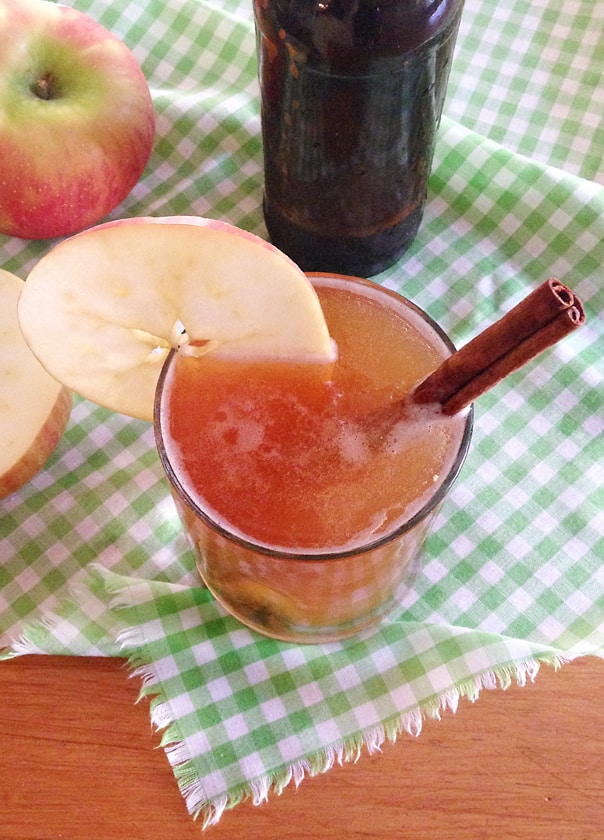 When I saw cider from a local orchard at the grocery store the other day, though, I knew there was a great cocktail in my future. I paired it with a seasonal-spiced beer for an autumnal spin on the classic shandy.

(Remember these Strawberry Lemonade Shandies from this summer?) There is a warm sweetness to this drink, making it perfect for autumn. 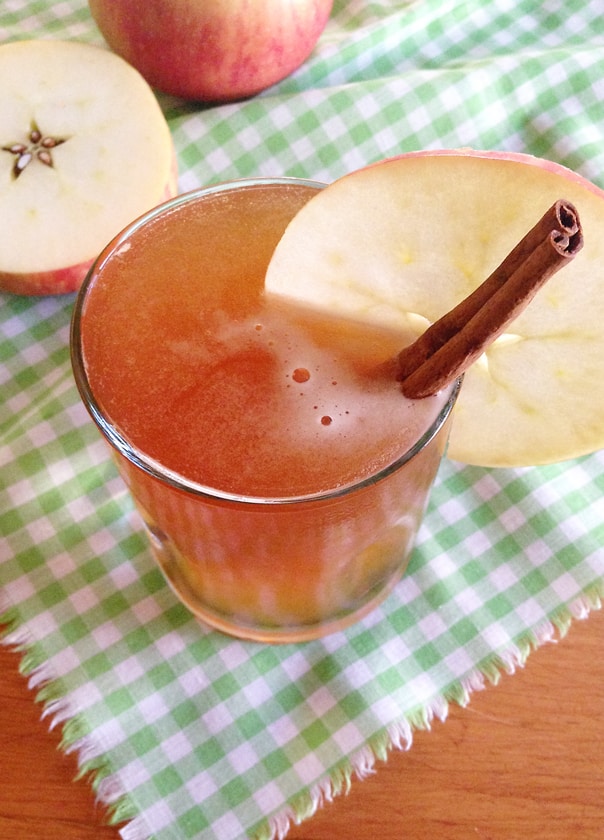 When choosing your beer for this cocktail, I would recommend against pumpkin beers. Look instead for a beer that boasts notes of caramel, malt, cinnamon, toffee or ginger.

An Oktoberfest brew or a spiced brown ale will do nicely. Add a slice of fresh apple and a cinnamon stick for garnish.

Enjoy this refreshing cocktail on a crisp fall evening — perhaps after a day-trip to an apple orchard? // susannah

P.S. Not a beer person? Let me recommend you use your apple cider in this Spiced Apple Cider Rum Punch or these Gourmet Apple Cider Bourbon Jell-O Shots instead!

Click below for the recipe for Spiced Apple Cider Shandies!