Snow outside and stuck inside? Make a Snow Cream Milkshake from snow ice cream, coffee liqueur, vodka and half-and-half (or your choice of milk or cream) for a frozen treat that’s fit for a fairy tale princess. 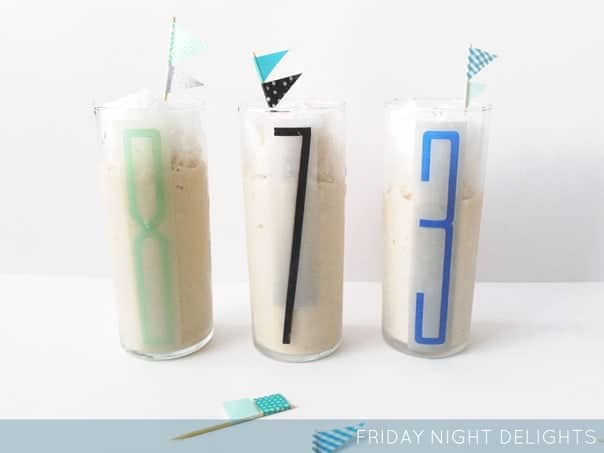 Snow started pounding the Carolinas on Wednesday, and by yesterday, it was a winter wonderland outside.

We got about 8 inches of snow over the last couple of days, and it’s been cool to have some extra time to watch the Winter Olympics because we pretty much couldn’t go anywhere.

I don’t really remember watching much of past Winter Games, so most of the events are pretty new to me. I’m totally fascinated by the sheer beauty of these sports. So far, my favorites events are figure skating, luge and skeleton. 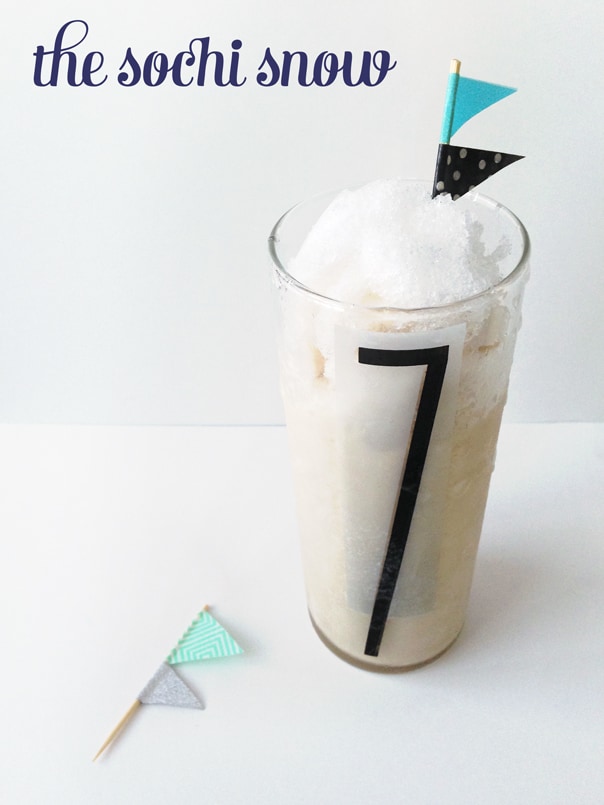 For this week’s Friday Night Delight, I paired a White Russian with a little snow cream in honor of the Sochi games.

I made the flags with washi tape and toothpicks, because flag identification is the best part of the Olympics. (Or is that just me?!)

Luckily, we’ve already had a light dusting once this season, so it was perfectly safe for me to set out a few bowls to collect some snow with which to make this treat.

You’ll need snow, or crushed ice, as well as coffee liqueur, vodka and half-and-half. You could also have fun with some Homemade Irish Cream or turn it into a Cinnamon White Russian with the addition of some cinnamon simple syrup.

Snow cream is the special wintertime treat of childhood memories, but when you add a little Kahlua, vodka and cream, you end up with the adult version. Like ice cream, but better!